West Coast forward Jack Darling says he still gets nervous watching replays of his team’s premiership triumph, even ordering his family to turn it off on Christmas Day.

Darling had a quiet first half in the five-point grand-final win over Collingwood, but burst to life in the third quarter to play a crucial role in the triumph.

The 26-year-old cherishes the premiership win. 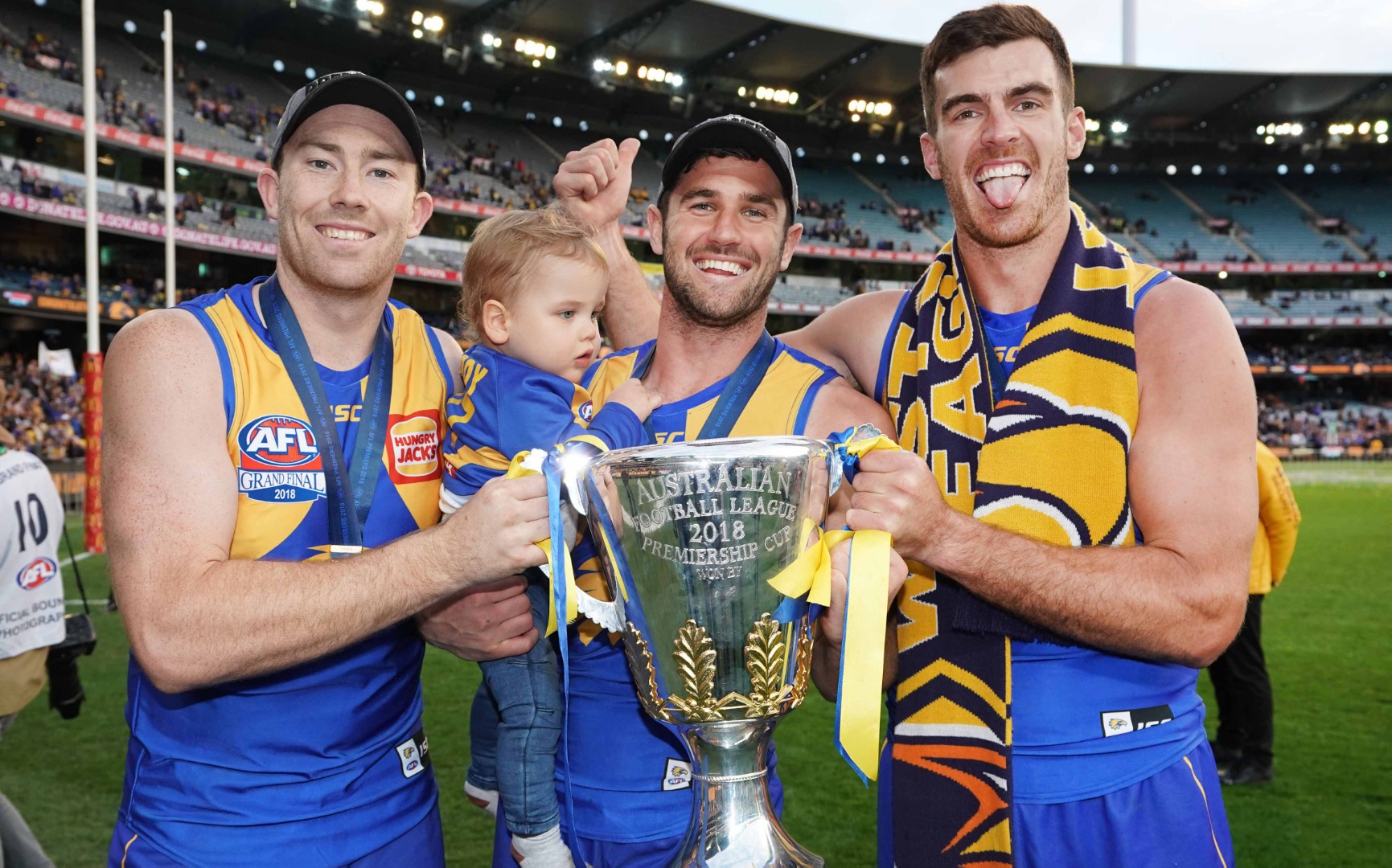 But watching a replay of the match has proven to be tough.

“I get nervous if I watch it again,” Darling said on Monday.

“I don’t really like it – I get that nervous feeling.

“On Christmas Day, the brother-in-laws were trying to watch it and I told them to turn it off just because I wanted to enjoy the day.

“It is just such a close game, you still feel nervous.”

Darling dropped a simple mark in the goal square in the dying stages of the grand final, with the mistake giving Collingwood the chance to snatch victory.

Luckily for Darling, the Eagles were able to hold on for the win.

“I dropped the mark,” Darling said.

“I turned around to see if I could play on and kick the goal, so I just turned my head a bit too early and that caused me to fumble the ball.

“Once that siren went, it was one of the best feelings.”