Alice Cooper and Disney: two things I never thought I’d mention in the same sentence, but here we are.

I mean, the legendary shock rocker was always pretty animated, but this time, it’s literal. 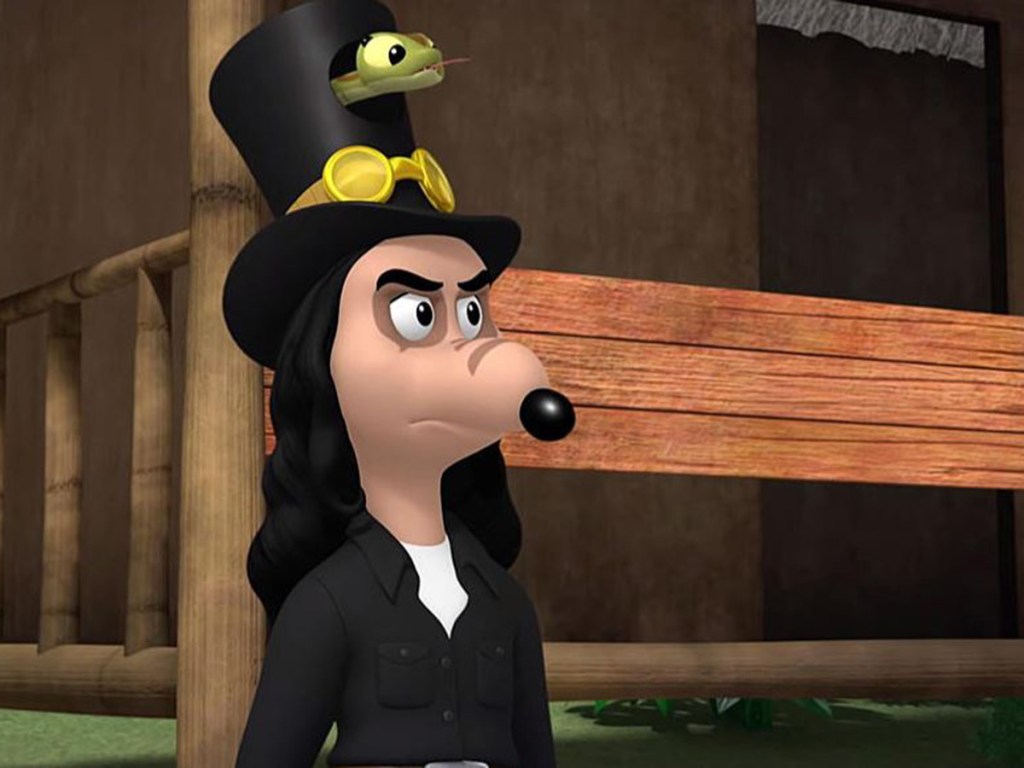 The cartoon character shares some similarities with his celebrity voice.

“It’s so funny that they have a snake coming out of my top hat — the two things that Alice is known for,” Alice Cooper told Entertainment Weekly.

The character is “an old friend of Goofy’s uncle” and Cooper, a self-confessed “huge Goofy fan”.

The difference is that, while Alice is used to playing the villain, he’s looking forward to playing this “nonthreatening character”.

“Generally, when I play parts in movies or TV, I’m always the villain,” he noted. “It’s kind of nice to not be the villain for once.”

TBH, we can totally see the resemblance!