Jason Momoa’s scrunchie was the best accessory on the 2019 Oscars red carpet!

Forget diamonds and pearls, it was the Aquaman star’s velvet Fendi scrunchie, which matched his velvet pink suit, that got the Internet talking.

Jason hit the red carpet for Hollywood’s biggest night alongside his wife Lisa Bonet. While all eyes were at first on the beautiful couple, all attention quickly went to Jason’s wrist once fans noticed he was sporting the creative hair accessory for his signature long locks. 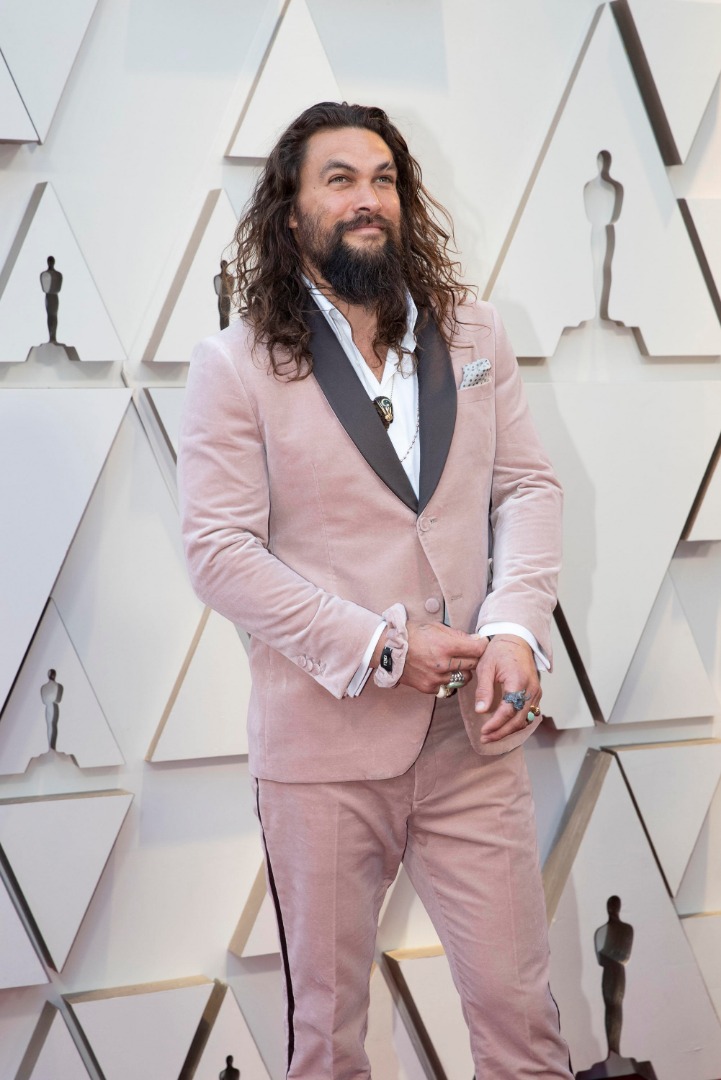 While the bold fashion choice was enough to get the Internet talking, it was the fact that Jason’s scrunchie coordinated with his entire look that really got social media buzzing.

Check out some of the best tweets about Jason’s shows topping scrunchie below!

Jason Momoa’s matching scrunchie is such a mood #oscars pic.twitter.com/NkmP20V7PT

Jason Momoa has a matching velvet scrunchie??? The wealth!

Jason Momoa matching his scrunchie to his suit is all I’ve ever needed in life#Oscars pic.twitter.com/gfW2ADrHoV