Anthony Field, the most enduring original Wiggle, has been the subject of an internet death hoax – again.

The Blue Wiggle assured us he was very much alive and well after he was flagged on Twitter.

The fake news appeared on a site called ‘A page where a new celebrity passes away every day.’

“RIP Anthony Field, best known for his escapades with The Wiggles. The world is certainly feeling blue today 1963 – 2021,” read the headline on the page, which was posted alongside Field’s photo. 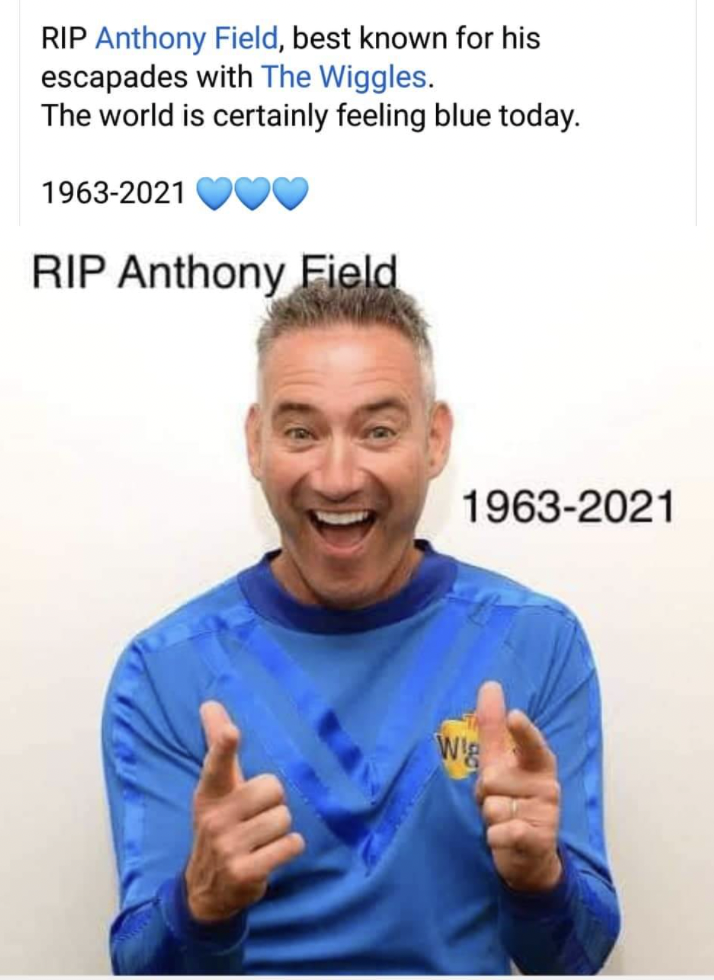 Anthony shut the rumours down quickly and hilariously.

Back in August, his Wikipedia bio wrongly stated he had passed away.