There really must be something in the water.

Former Bachelor contestant Lisa Hyde has announced that she too is expecting a baby girl with long term partner Damon Collina.

The pair announced their exciting news on social media over the weekend after hosting a gender reveal party.

Lisa was originally a finalist in Blake Garvey’s season of the Bachelor, before finding ‘love’ with Luke Mcleod on the first season of Bachelor In Paradise Australia.

Lisa joins fellow alum Matty J & Laura Byrne who are currently expecting. As is Cobie Frost who was also vying for Matty J’s heart all those years ago.

There are also rumours that Tara Pavlovic is pregnant after being caught on Insta stories in front of an Oh Baby photo wall and gesturing towards her stomach this week. 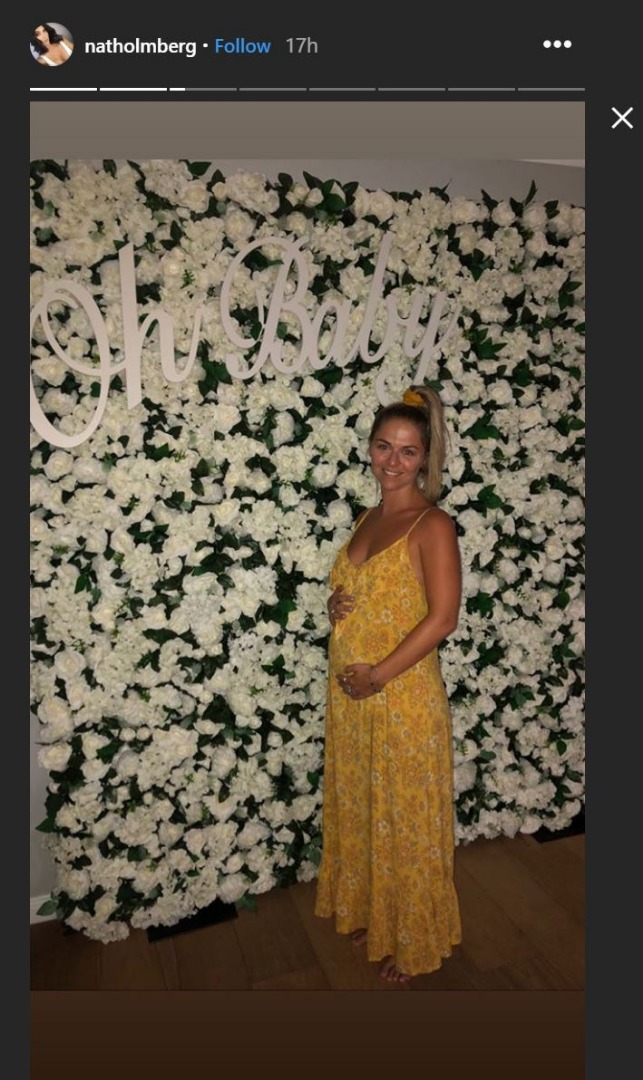 Tara was in attendance of Cobie’s baby shower alongside Laura and a number of former Bachelor hopefuls but was wearing a different dress in the Insta stories.

She did however hint in post from Cobie’s shower “our tummies look very similar to Cobie’s after our eating efforts yesterday”.

So who really knows…