Thousands gathered at the world’s most famous zebra crossing to mark the 50th anniversary of the day the Beatles were photographed on it, creating one of the best-known album covers in music history and an image imitated by countless fans ever since.

The picture of John Lennon, Paul McCartney, George Harrison and Ringo Starr striding over the pedestrian crossing on Abbey Road was taken outside the EMI Recording Studios where they made the 1969 album of the same name. 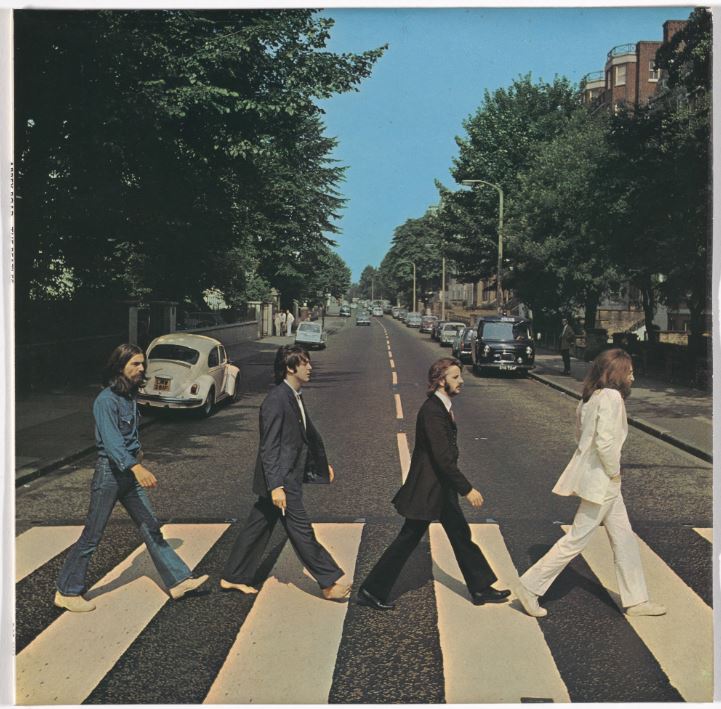 Scottish photographer Iain Macmillan took just six shots of the group on the crossing, with the fifth used as the cover of the band’s 11th studio album, released on September 26 1969.

The picture shows Lennon in a white suit leading the group across the road. Starr wears a black suit while McCartney is barefoot, out of step and holding a cigarette. Harrison is in blue denim. A Volkswagen Beetle is parked in the background. 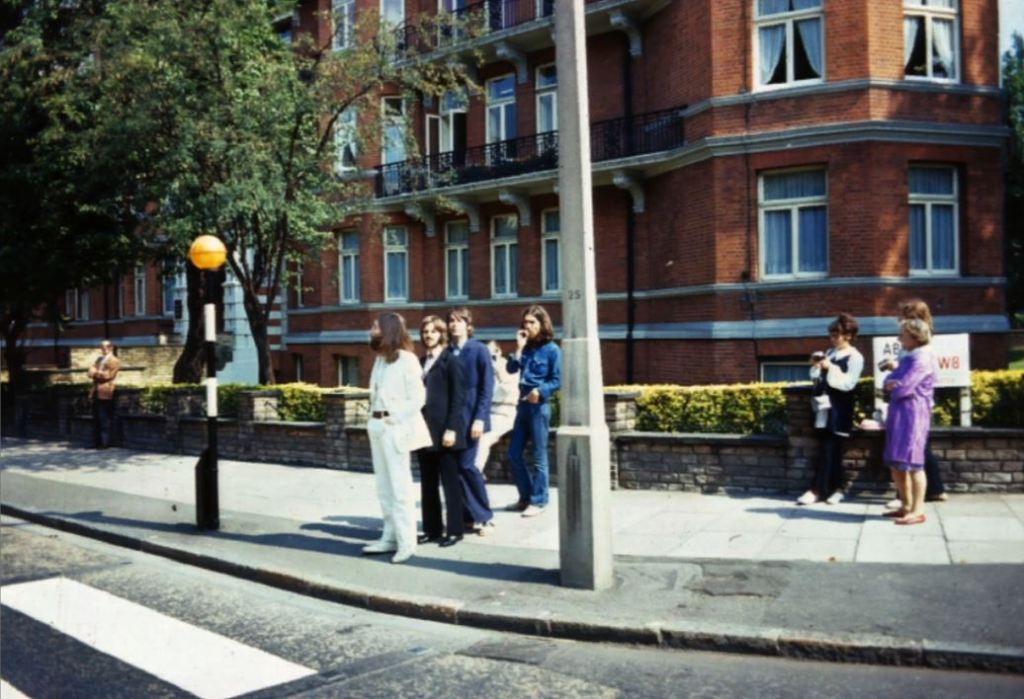 The Beatles moments before the iconic photo was taken.

On Thursday, the Beetle was back in position while traffic crawled along the crowded street as dozens of fans paraded on the black and white painted crossing for souvenir photos.

Abbey Road, which was voted the best Beatles album by readers of Rolling Stone in 2009, was the only one of the group’s original British albums to show neither the band’s name nor a title on the cover.

Hmmm … looked a bit busy at Abbey Road this morning! I wasn’t there but my colleague Tony @ktpro2018 was and he sent me this photo

Fans dressed as Beatles lookalikes walk across the zebra crossing outside the Abbey Road studios, in Central London, Britain, 08 August 2019. Hundreds of fans of The Beatles and lookalikes turned out to celebrate the 50th anniversary of the Beatles 11th studio Abbey Road album. #beatles #abbeyroad #sony #thebeatles #london #uk #epaphotos

The album was the last to be recorded by all four members of the band together, and it had tracks written by each of them, including Come Together by Lennon, Here Comes the Sun by Harrison, Maxwell’s Silver Hammer by McCartney, and Starr’s Octopus’s Garden. 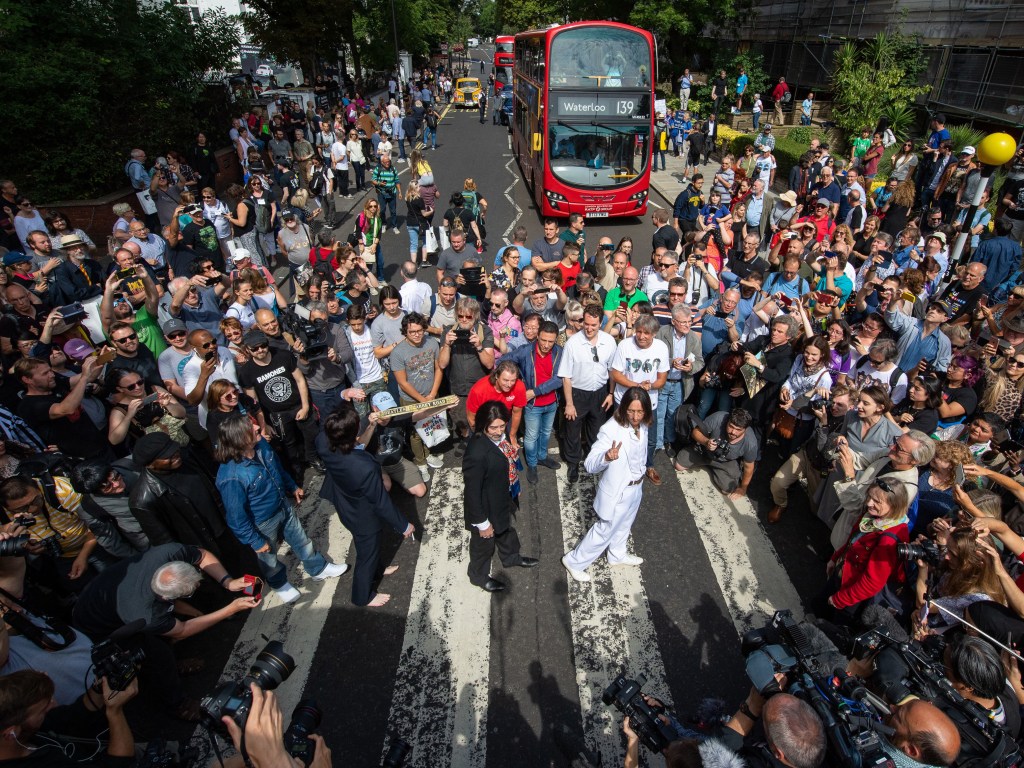 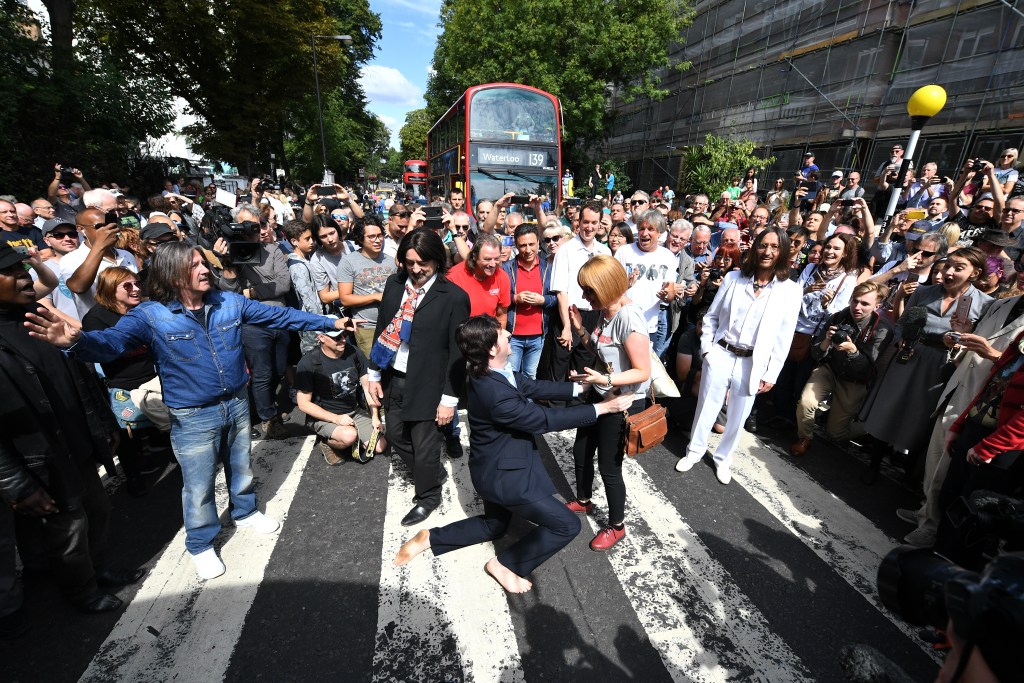 A Paul McCartney impersonator proposes to his girlfriend…. 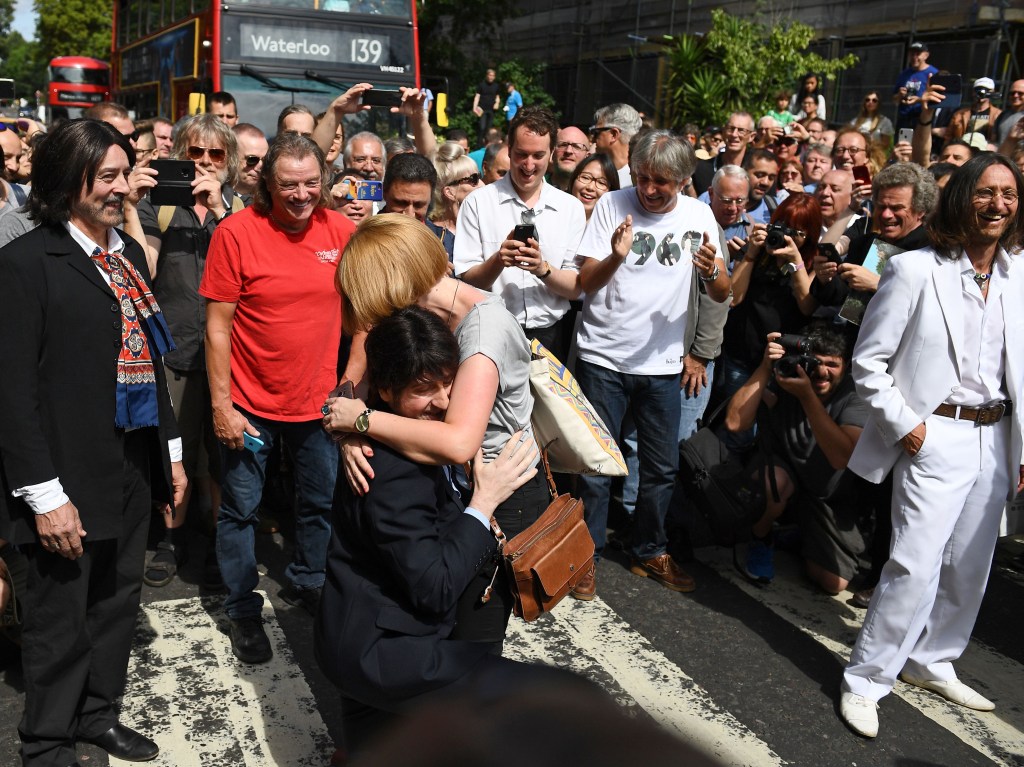 Pretty sure she said yes….

Less than a year after Abbey Road was released, rock music’s best selling band had split up, ending a decade-long musical revolution that transformed the 1960s and laid the foundations of modern popular culture.

The studios, which were later renamed Abbey Road, and the zebra crossing were granted protected status by the UK government in 2010.