A controversial advert asking for just white men to apply to perform as Father Christmas in shopping centres has now been taken down after a public outcry.

The advert was seeking ‘Caucasian mature age men’ to act as Santa at shopping centres throughout Adelaide. 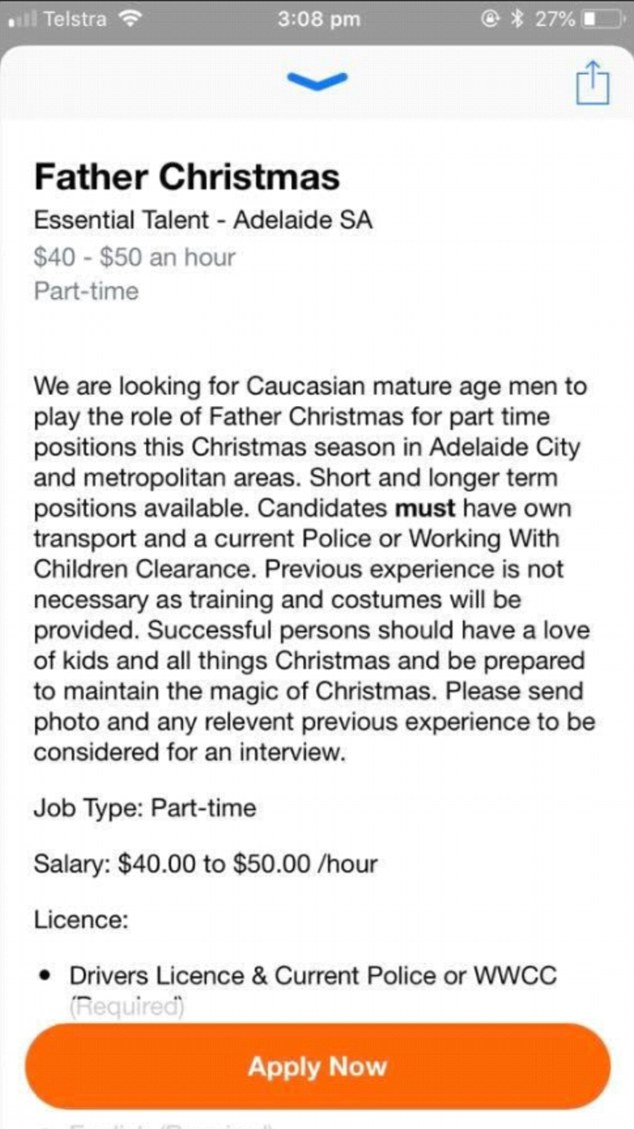 Some people who viewed the advert objected strongly, claiming it was discriminatory and spreading the false notion that Father Christmas can only be white.

MORE: SIX YEAR OLD’S LETTER TO SANTA IS ALL SASS…

The advert was posted on behalf of Essential Talent, an Adelaide entertainment agency based in, while the same advert was also posted on SEEK, but without the same wording.