More than 350 people are confirmed dead and hundreds more are missing after Cyclone Idai unleashed devastating floods in Mozambique, Zimbabwe and Malawi.

Aid workers rushed to rescue victims clinging to trees and crammed on rooftops on Tuesday amid fears that many thousands of people are at risk.

In Mozambique, the rapidly rising floodwaters created “an inland ocean,” endangering tens of thousands of families, aid workers said as they scrambled to rescue survivors and airdrop, food, water and blankets to survivors of Cyclone Idai.

“This is the worst humanitarian crisis in Mozambique’s recent history,” said Jamie LeSueur, head of response efforts for the International Federation of Red Cross and Red Crescent Societies.

The United Nations allocated $US20 million ($A28 million) from its emergency response fund to ramp up the humanitarian response in Mozambique, Zimbabwe and Malawi. 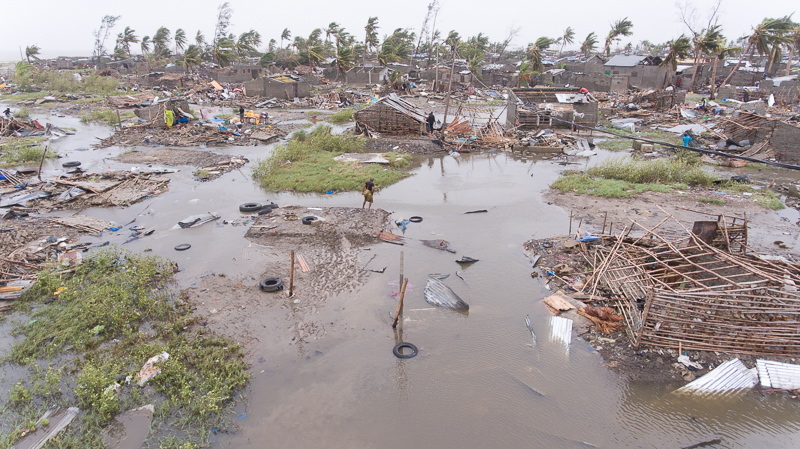 Mozambique’s President Filipe Nyusi said that more than 200 people had been confirmed dead in his country. Earlier he said the death toll could reach 1,000.

Many news agencies around the world are reporting the death toll as likely to exceed 1,000.

At least 400,000 people have been left homeless, with fears that number is closer to one million.

We made it to #Beira. Coming in by helicopter we saw significant damage, barely any houses seemed intact, power lines and trees are down, many parts are flooding. What we hear that the situation outside the city is even worse #cycloneIdai @ifrc @IFRCAfrica @CruzVermelhaMOZ pic.twitter.com/dVGsHhyviv