Dave Grohl has proven once again that not only can he do no wrong, he’s also a complete badass.

A picture posted to Reddit shows a receipt from the Rainbow Bar & Grill in West Hollywood, signed by the Foo Fighters frontman.

First thing you notice is that he’s a super bloody generous tipper – the total bill is $333.30 and his tip almost matches it. 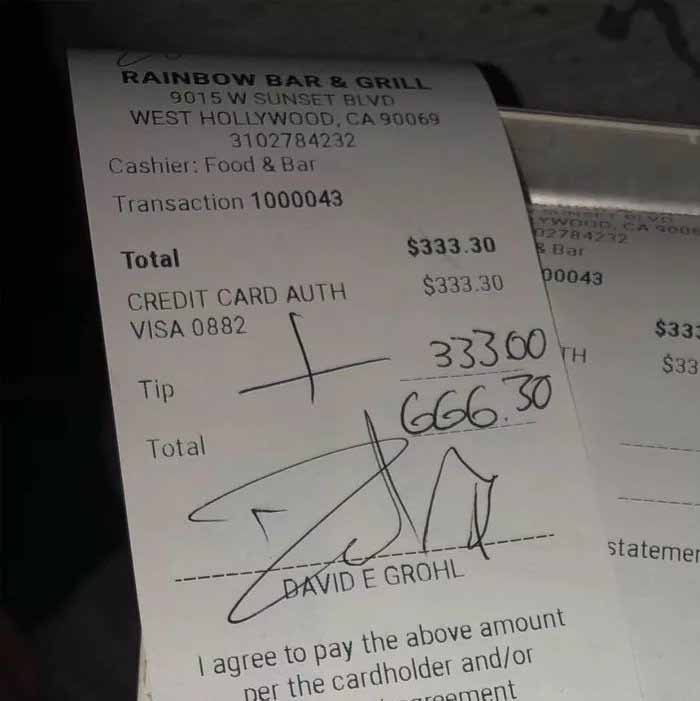 Redditors were quick to point out that he should’ve tipped $332.70 to make it an even devil’s number, but that’s Reddit for you.