Anyone who’s ever felt nostalgic about simpler times can understand why musicians in big bands appreciate the innocence of a van tour.

But touring with no money isn’t all rock ‘n’ roll romance.

There’s an ugly side — a dirty side. And it’s the reason bands work so hard to get tour buses and hotel accommodations.

AC/DC frontman Brian Johnson caught up with Dave Grohl in L.A. in early-2020 (before the Foo Fighters’ ‘Van Tour’ was ultimately cancelled) to reminisce about their early days, and how they lay the groundwork for future success.

In the episode, shot for Johnson’s A Life on the Road television series, Grohl shows off the Foos’ first touring van, which he still owns.

When Johnson remarked that the van “Still smells like band,” Grohl had a story ready. 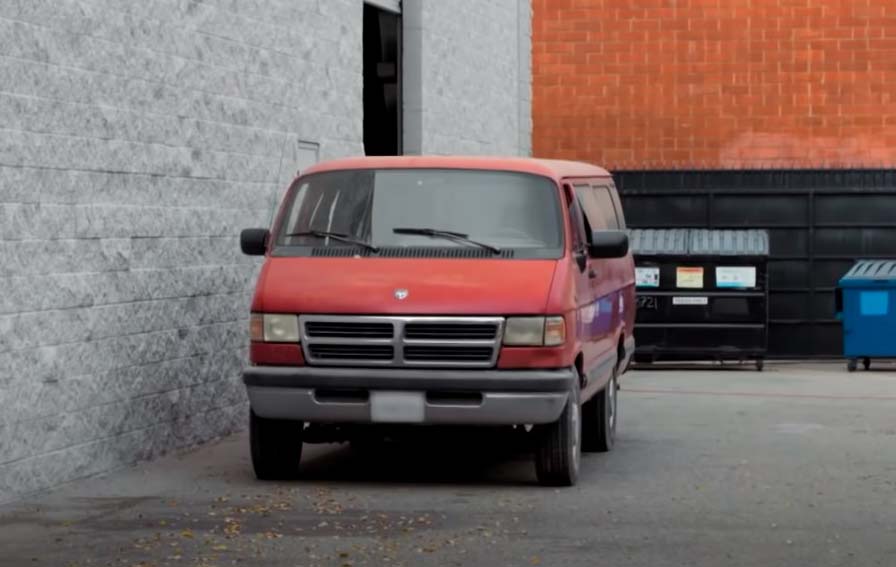 “This becomes your home — when you’re in a club and there’s no backstage, you hang out in here. When there’s nowhere to sleep, you sleep in here. You do everything in here. It becomes your little cocoon, your home,” Grohl explained.

“After a show, you’d walk offstage, you’re soaking wet, and you come in here and you change clothes and you throw you wet T-shirt in the corner. So I came home from tour, we unloaded all the gear and [the van] was out in front of my house for a couple weeks. I came out and opened it up and, gah, it just smelled like a morgue. It was disgusting. And I looked and I saw this T-shirt that I’d thrown in there like three or four weeks before — this wet T-shirt — and it was on this plywood platform thing.

“I pull up the T-shirt and it’s just solid as a rock. And I look down and there were mushrooms growing under it!” 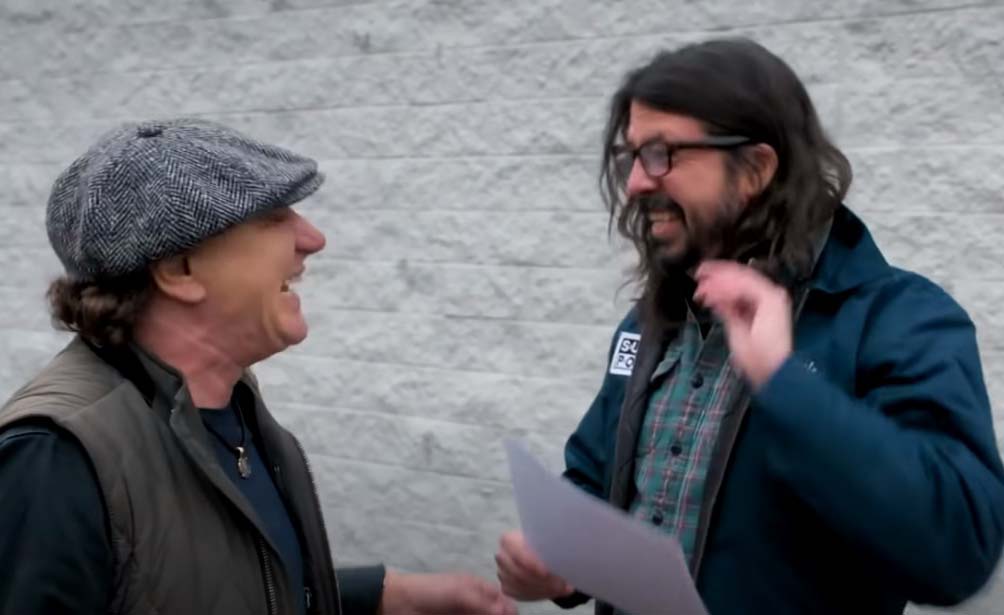 Grohl acknowledged that by the time he started Foo Fighters, the band toured in a van more as a choice than out of necessity. They felt it having a DIY experience together would help them develop a deeper connection as a group.

“You either become best friends or you become enemies or you become both. When you’re in this thing, driving for so long, you can’t wait to get out and do a gig. Because you’ve been [huddled together] for hours and hours or weeks and months, when you get onstage, it makes you tighter.”

Seriously, go make a cup of tea and watch the episode here… it’s an absolute delight…