Three Tasmanian amateur footy players have drawn criticism after somehow deciding that wearing blackface for their Mad Monday celebrations would be a good idea.

The photo was uploaded to a Facebook page that celebrates Mad Monday for amateur club footballers around the country, with the majority dressed up in costumes. 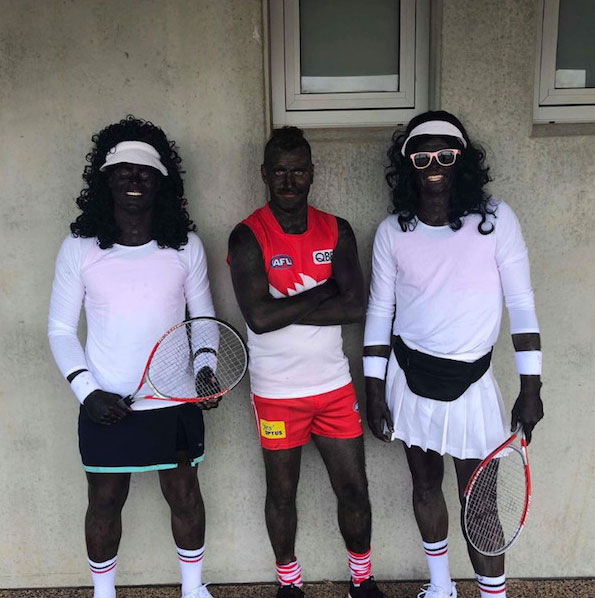 Mr Grundy posted before uploading the photo as his profile picture:

The photo is no longer visible on the page, but it’s unclear if the image was removed by Grundy or by the page’s moderators.