A simple, yellow Grateful Dead t-shirt from 1967 is now the most expensive vintage rock ‘n’ roll t-shirt to ever be sold at auction.

The shirt was expected to go for between $350 – $700, but like a number of other items in Sotheby’s Grateful Dead auction, its sale price far-exceeded expectations when it went for $17,640, which works out to be roughly $23,400 in Aussie bucks.

Designed by Allan “Gut” Terk, the Grateful Dead tee demolished the previous record for a rock shirt, which was set by a Led Zeppelin garment from the band’s 1979 Knebworth concert that sold for $10,000 ($AU13,260) on eBay in 2011. 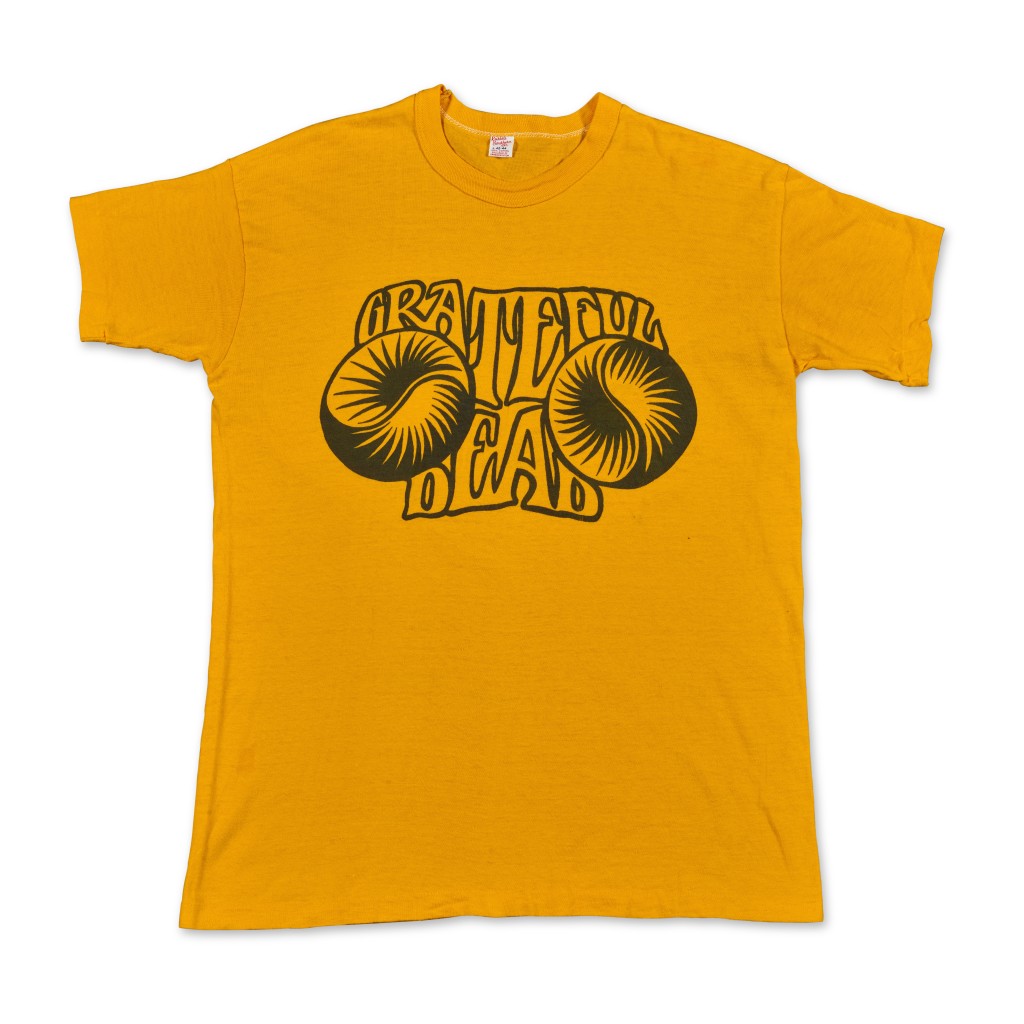 The buyer is biker gang memorabilia collector Bo Bushnell, who runs the Outlaw Archive. Bushnell paid a total of $19,315.80 ($AU25,627) for the shirt after buyer’s premium fees were added.

Bushnell was presumably motivated to buy the Grateful Dead shirt because Terk was a Hells Angel.

“We just did this to keep the memory of Gut ‘Terk’ alive and to keep his history under one roof,” Bushnell wrote via Instagram.