The buyer of Olivia Newton-John’s famous leather Grease jacket has returned it to the singer, donating the $US243,000 ($A356,900) he paid for it to her cancer treatment centre in Australia.

“It should not sit in a billionaire’s closet for country club bragging rights,” the anonymous buyer told Newton-John, according to video of the exchange provided by Julien’s Auctions in California on Tuesday.

“The odds of beating a recurring cancer using the newest emerging therapies is 1,000-fold greater than someone appearing out of the blue, buying your most famous and cherished icon, and returning it to you,” the buyer told the actress as he presented her with the jacket at a meeting in California last weekend. 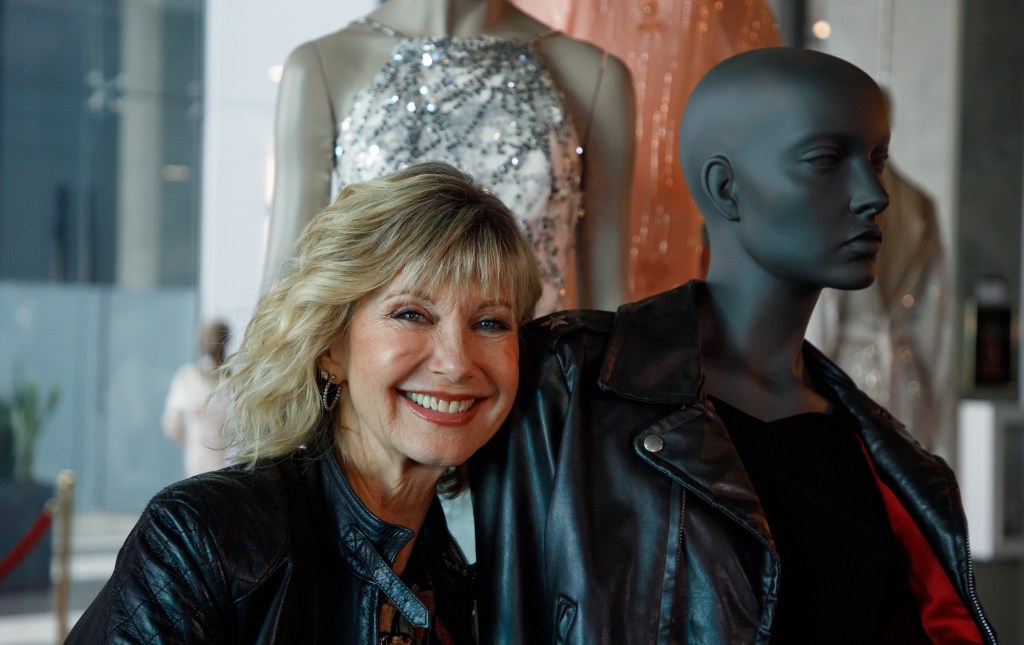 The jacket and the figure-hugging black pants worn by Newton-John for her You’re the One That I Want duet with John Travolta in the 1978 movie were sold to separate buyers at a Beverly Hills auction last month, fetching more than double the expected price.

They were among some 500 items from her collection being sold to benefit the Olivia Newton-John Cancer and Wellness Centre in Melbourne, which the singer co-founded after her first bout of breast cancer in 1992.

The British-born, Australian-raised performer, 71, said earlier this year she is battling breast cancer for a third time.

The buyer of the jacket called himself the singer’s “No. 1 fan” and wished Newton-John “God speed for a quick recovery”.

The singer said she would put the jacket on display at the Melbourne cancer centre.

“That is the most incredibly generous thing to do for me,” she told him.

“I am so grateful, and I am just blown away.”