On the heels of their “Hella Mega Tour” and new album announcement, and the release of their new single “Father of All…” Green Day will be returning to the iHeartRadio Music Festival stage alongside the previously-announced star-studded lineup.

Green Day last hit the iHeartRadio Music Festival stage in 2012 where the band’s frontman, Billie Joe Armstrong, famously smashed a guitar on stage at the end of their set. Armstrong recently spoke to The Woody Show and in recalling the performance, he said, “I think that there’s a lot of people in the rock genre and the problem with rock music is that people are trying to write the feel-good song of the year or something, and rock music is supposed to make you feel bad. And that was the intention of the last time at the [iHeartRadio Music Festival], for me, I was like, ‘I want to make everyone feel bad.'”

Watch Green Day’s full interview on The Woody Show below.

The legendary annual mega concert, which is in its 9th year, is hosted by Ryan Seacrest and will also feature one-of-a-kind on-stage collaborations and surprise performances. It all goes down on September 20th & 21st.

Fans can listen to the 2019 iHeartRadio Music Festival during a live broadcast of the event via iHeartRadio.com and on the free app! 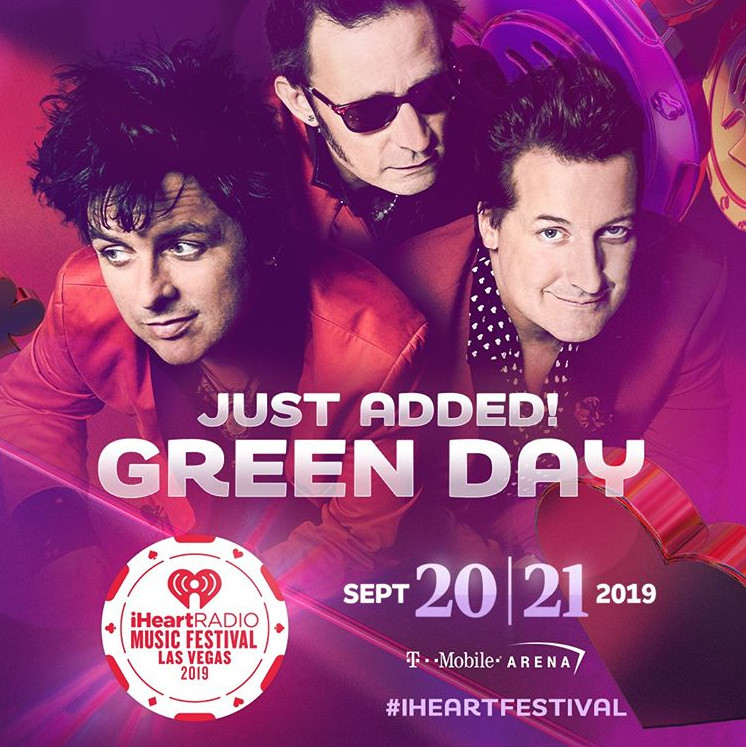