Online dating. It’s hard enough out there without some shady jerks who scam unsuspecting victims who are just looking for love.

The latest fraudster has been using stolen pics to pose as ‘Captain Thomas Steve’ which has duped a Wheatbelt woman out of more than $10,000.

Consumer Protection says the scammer initially connected with the woman, who only wants to be known as ‘Fay’, on Instagram before chatting on Google Hangouts (umm, who the hell even uses Hangouts anymore?). 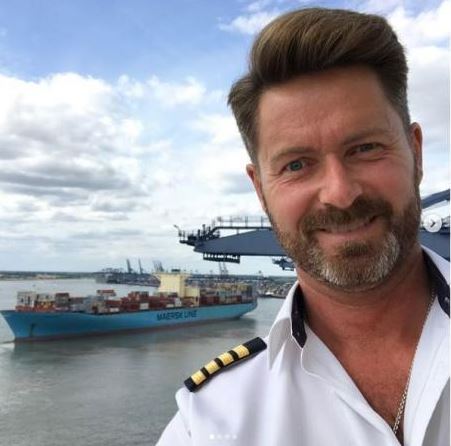 Fay also believed she was chatting to the Captain’s teenage daughter, ‘Sonia Steve’.

She was coerced into sending money for Sonia’s birthday and school activities before racking up bank transfers totalling more than $9k to receive a jewellery package that Thomas claimed to have sent via a company called Westline Delivery – a fake company.

“I felt very depressed and naïve. I lost my trust in people,” Fay said.

“He was quite convincing, and it seemed like the real thing. It was a huge lesson for me and I hope other women will be more cautious, especially if anyone asks for money.”

The scammer’s profile featured stolen images of an actual Danish ship captain, who said he was frustrated by the ongoing misuse of his photos to create false identities.

“Apparently mine is one of the most copied profiles on the internet. I receive a lot of messages from people who think I’m the person they’ve been talking to,” he said.

“In Western Australian alone, more than $2.6 million has been lost in dating and romance scams already this year,” Mr Hillyard said.

“Alongside the financial losses are the significant emotional impacts for victims of the deception, as well as people who are misrepresented online, such as the real Danish captain in this case.”

Fay encouraged others to avoid becoming isolated or secretive about their online relationships.

“Chat to the person by video, such as on Skype, to make sure they look like their profile picture,” she said (which is exactly what Neve and Max say on MTV’s Catfish).

“Don’t hand over any money at all, no matter how emotional or intimidated you feel. In the end, you can’t buy love.”