Britain’s Prince William, who contracted COVID-19 last year, has revealed he has received his first dose of a coronavirus vaccine.

William, 38, the grandson of Queen Elizabeth and second-in-line to the British throne, revealed on Twitter he had received the shot earlier this week, alongside a picture of the moment he had the injection at London’s Science Museum.

“On Tuesday I received my first dose of the COVID-19 vaccine,” he said.

“To all those working on the vaccine rollout – thank you for everything you’ve done and continue to do.”

On Tuesday I received my first dose of the COVID-19 vaccine.

To all those working on the vaccine rollout – thank you for everything you’ve done and continue to do. pic.twitter.com/8QP6ao5fEb

The image has set fans’ tongues wagging, with many admiring his rather buff biceps.

“Who knew Prince William was so buff,” somebody commented.

“Dear Prince Charles may I congratulate you on a very very handsome son Prince William’s buff very buff Flexed biceps biceps have made a lot of women happy .. we give him the royal gun salute,” somebody else tweeted.

Another added, “Sooooo can we talk about how understatedly buff the future king is? I don’t like men with TOO many muscles but he looks buff.”

William fell ill with the disease last April, at about the same time as his father, heir-to-the-throne Prince Charles, although he kept the news secret until November.

Media reports said he had not wanted to alarm anyone and he had been hit pretty badly by the virus.

PS, can we just revisit the Cook & McGowan gun show for a sec… 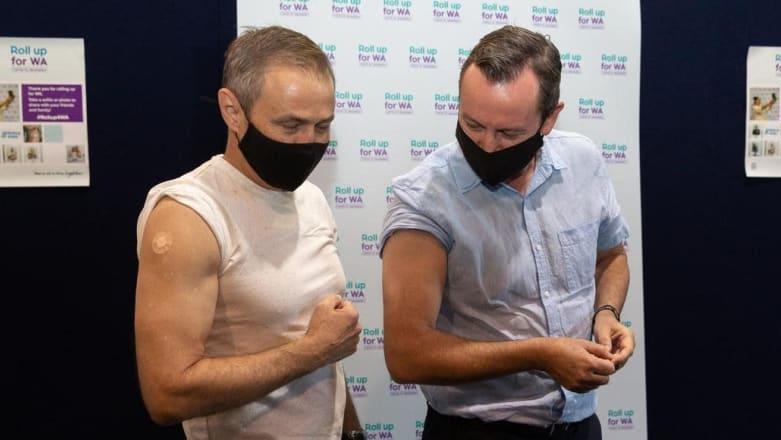 Good day to you all.