New Zealand Prime Minister Jacinda Ardern says aerial reconnaissance flights have found no signs of life on White Island after its volcano erupted, spewing ash up to 4000 metres into the air.

At the time of publish, five people were confirmed dead and authorities were still assessing how close rescuers could get to the island.

“We’ve heard reports of one boat returning with up to half a metre of ash, so the ashfall is significant and that will be having an impact ,” Ms Ardern said at a news conference in Whakatane, a town near the tourist attraction. 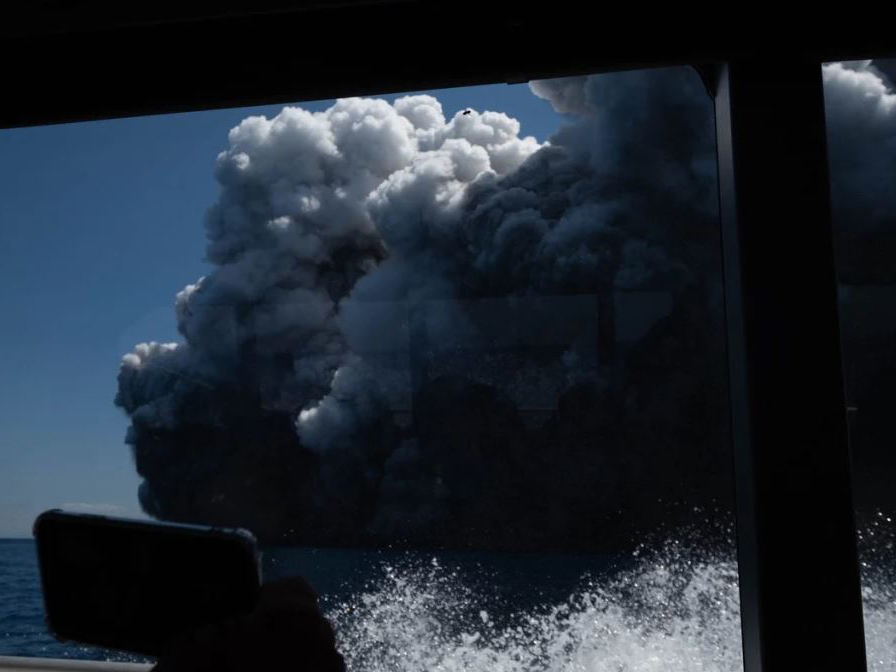 On Tuesday morning, 96FM’s own Fred Botica recalled his time living in that very town in the 1970s, a short time after he started out in radio.

He said if you think of the ‘Ring of Fire’ – the plate of all the volcanoes around the Pacific Ocean – it comes through New Zealand at Mt Taranaki and out through White Island.

“It’s always been alive, we always [knew] that anything could happen at any time,” Fred said.

“For the first two years I lived in Whakatane, White Island was blowing steam 30,000 feet into the air – for two years – it was just a sight you saw everyday.”

Daily tours would bring more than 10,000 visitors to the volcano every year.

At the time of the eruption, passengers from a 16-deck cruise liner, Ovation of the Seas, were there. A crater rim camera owned and operated by GeoNet showed groups of people walking towards and away from the rim inside the crater, from which white vapour constantly billows, in the hour leading up to the eruption.

Fred said that he had headed out to White Island about three or four times.

“When you landed on it and walked on it, it was just the eeriest feeling.”

Even at the radio station, Fred said that they had to make special provisions for the volcano.

“We had to put rubber under the studio – a rubber mat – because of the rumbling that you’d get on the Ring of Fire border… it’s a really live part of the country.”

Alice Cooper’s Birthday In 2020 Will Not Exist. Literally. Here's Why...

You know you're Aussie when...