A Queensland woman has revealed she found a deep-fried BUG in her piece of KFC chicken.

Yep, Rosie told Yahoo7 that she purchased the contaminated chicken wings from the drive-through at KFC Caboolture City in Queensland on Saturday.

“I was about to bite into this Wicked Wing when I scanned down and saw it only seconds before I bit into it,” she said.

“It must have been cooked into it, because the bug was underneath the coating, so I’m imagining that bug got deep-fried.” 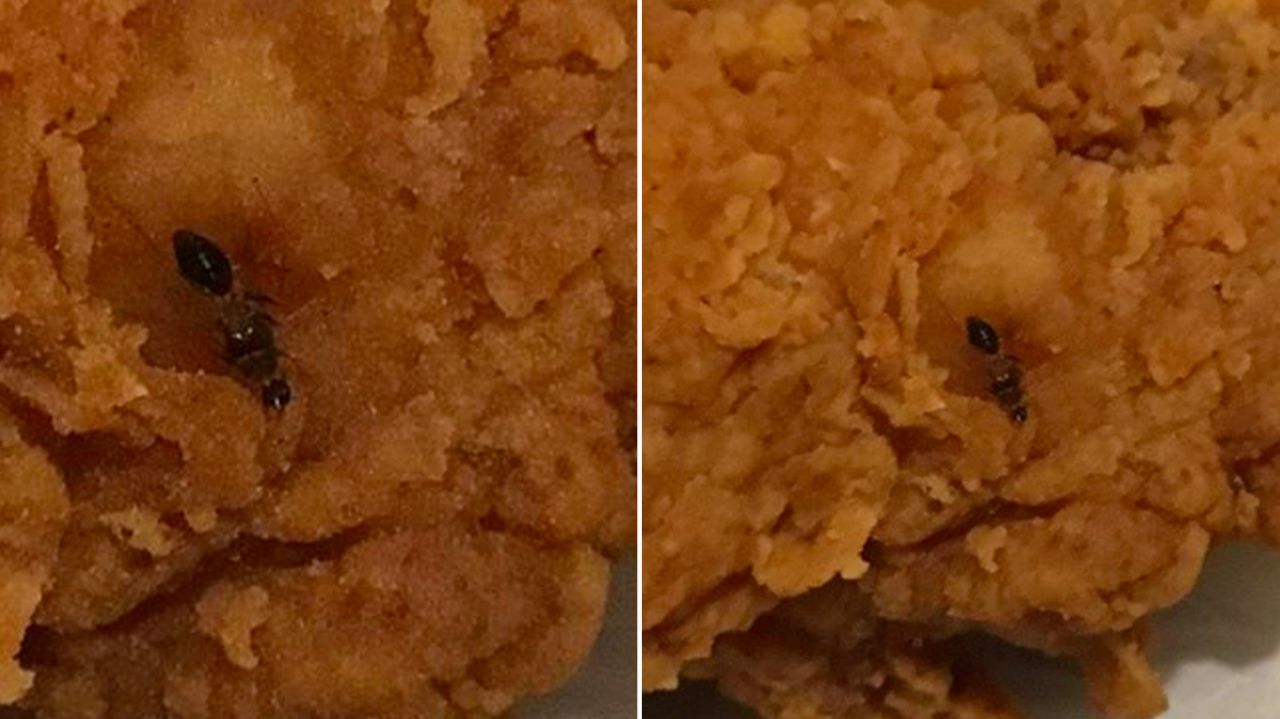 She contacted the KFC where she purchased the meal from, only to be told the meal would be replaced.

“I was horrified, to be honest. That was the most disgusting thing, finding that in my meal, and that was a pretty ordinary response,” Rosie said.

KFC has since apologised to Rosie, saying apart from offering another meal, they had also offered to issue her a refund when it happened on January 5.

“We’re really sorry our customer had this experience and we offered them a replacement meal or a refund on 5 January,” a spokesperson from KFC told Yahoo7.

“We take all complaints seriously and are investigating with the local team what may have caused this.”