Liza Harvey has been elected unopposed as leader of the Liberal party in Western Australia following the resignation of Mike Nahan.

Bill Marmion has been chosen as the deputy leader over Tony Krsticevic but the results of the ballot have not been revealed by the party.

Ms Harvey, a widow and mother, is the first woman to lead the WA Liberals.

She was a senior minister under the Barnett government and has long been tipped as a leader.

Senior Labor minister Alannah MacTiernan tweeted her congratulations to Ms Harvey, saying it was a “great breakthrough for women in the Liberal party”.

Dr Nahan, the Michigan-born former state treasurer, took on the opposition leader role after the Barnett government suffered a thumping election loss in 2017. 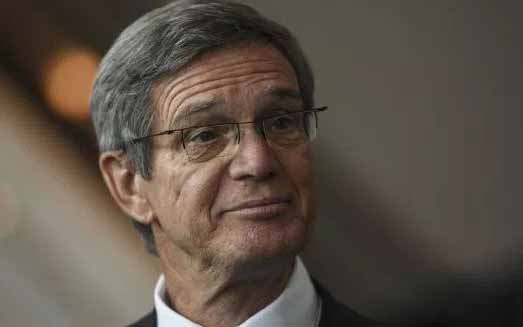 But he was seen by some to be a “seat warmer” and was dogged by questions about his leadership during his tenure.

Dr Nahan took the unusual step of announcing his resignation via an interview with the ABC, saying he had set himself a goal to review his position halfway though his current four-year term.

“My goals were, after a loss like that, keep the team together, keep the government accountable, highlight as many flaws, and my decision was to review my position halfway through,” he said on Wednesday night.

“Well, we’re there and I’ve decided to step down because I’m confident we are in a good position with a number of leadership aspirants and particularly after the federal election.

“People know after a loss like that the opposition leader is not the final one”.

Dr Nahan said the airing of leadership discussions in the media prompted his resignation announcement.

Premier Mark McGowan acknowledged Dr Nahan had taken on a difficult task when no one else wanted the job.

“He had the courage to step up when none of his colleagues would,” Mr McGowan said.

“While he has his flaws, like all of us, at least he had the strength to do it unlike the other contenders.”