Meghan Markle is in New York City for a girls’ trip with some of her closest friends. During her stay, Meg’s bridesmaid and stylist Jessica Mulroney is throwing the Duchess a special baby shower. Meghan was spotted leaving The Mark hotel on Tuesday, rocking an all black ensemble for her shower.

Meghan’s baby bump was on full display as she made her way to her waiting car ahead of the festivities. Before her baby shower, Meghan reportedly planned to grab lunch with her former Suits co-star Abigail Spencer. Harper’s Bazaar reports that Spencer flew from Toronto to New York on Monday (Feb. 18) and was seen out and about holding a gift bag for the Duchess. 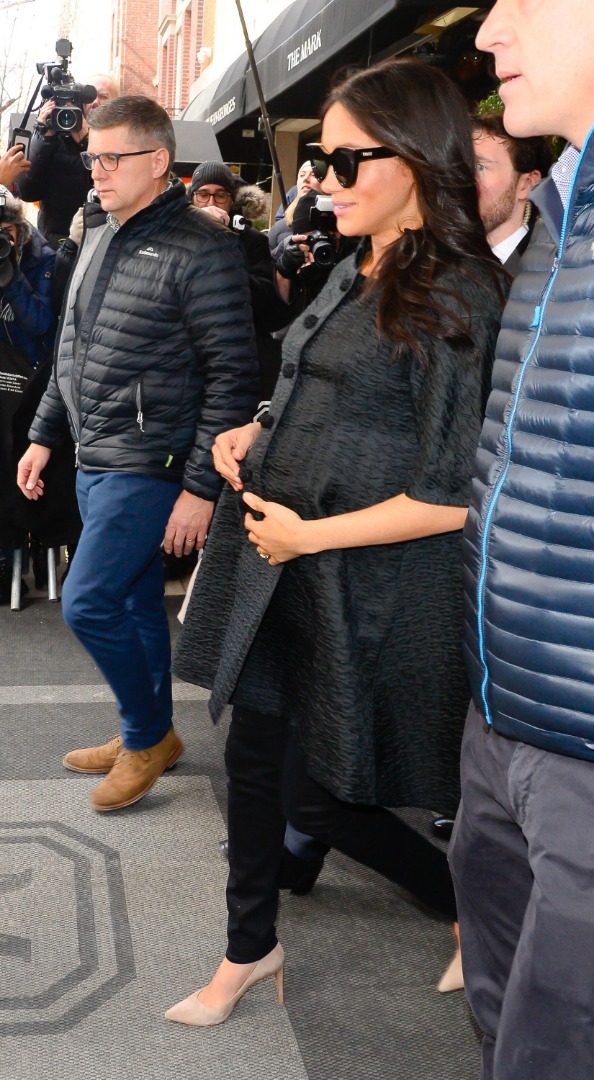 Spencer isn’t the only one of Meghan’s famous pals rumored to be attending the baby shower. Serena Williams, Priyanka Chopra, designer Misha Nonoo, and Suits actress Sarah Rafferty are all expected to be in attendance.

MORE: MEGHAN MARKLE WILL RETURN TO THE BIG SCREEN

With Meghan’s due date fast approaching, this is likely to be the last time Meghan’s friends – who are all currently based in North America – will see the Duchess before she gives birth in late April. 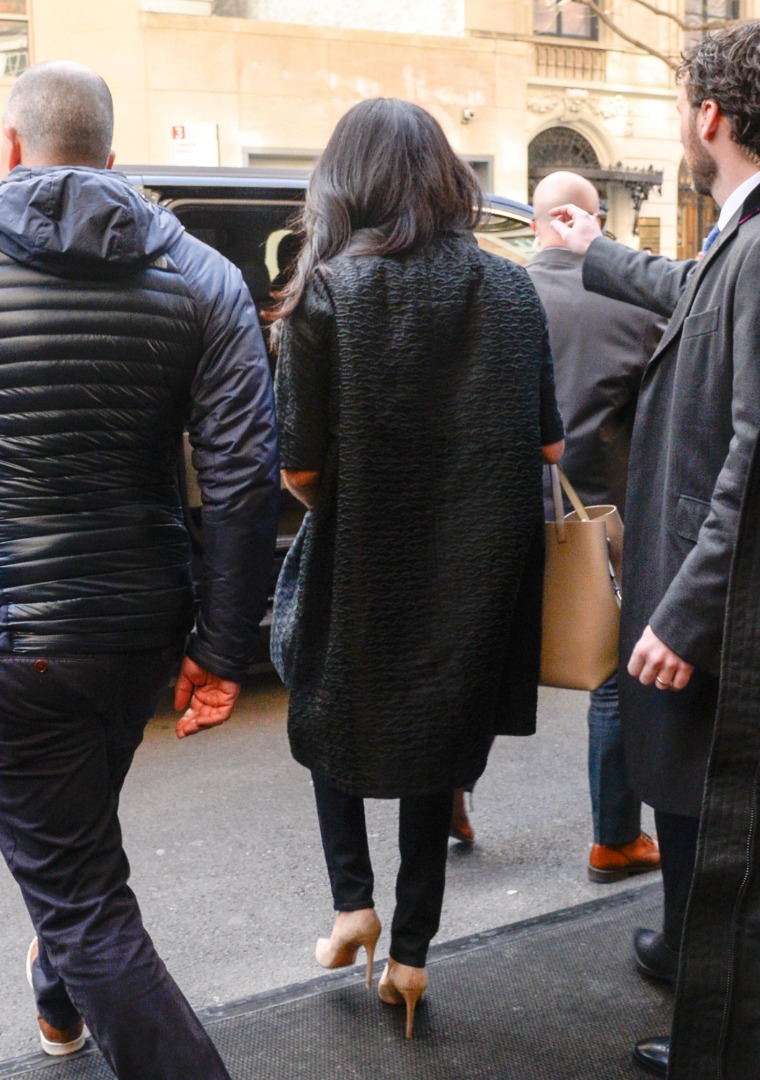 Though baby showers aren’t common amongst royals, Meghan will reportedly have a second celebration in London some time in the near future, as well.

MORE: DO YOU KNOW WHY KATE & MEGHAN AREN’T PRINCESSES?