The slightly warmer conditions meant the team of 20 Sherpa climbers could take advantage of the melted snow which exposed not just rubbish, but the bodies of some 300 people who have died over the years on the 8,850-metre mountain.

They said the slopes were littered with human excrement, used oxygen bottles, torn tents, ropes, broken ladders, cans and plastic wrappers which were left behind by climbers. 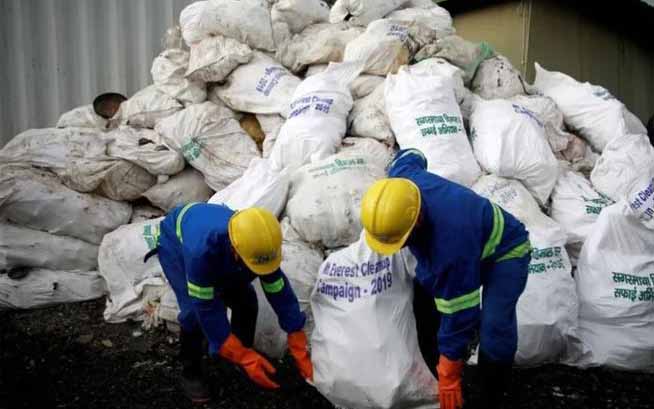 None of the four bodies have been identified and it wasn’t known when they died.

Eleven climbers died in May, making it the deadliest season since 2015.

Despite this, Nepal has ‘no intention’ of restricting climb permits.