Slowly but surely, Ed Sheeran has been teasing that new music is coming soon, and now, he’s finally revealed that a new single called “Bad Habits” will be arriving on June 25th.

On his Instagram stories, Sheeran shared a few photos of the “Bad Habits” cover art on the side of a few buildings, along with its release date. 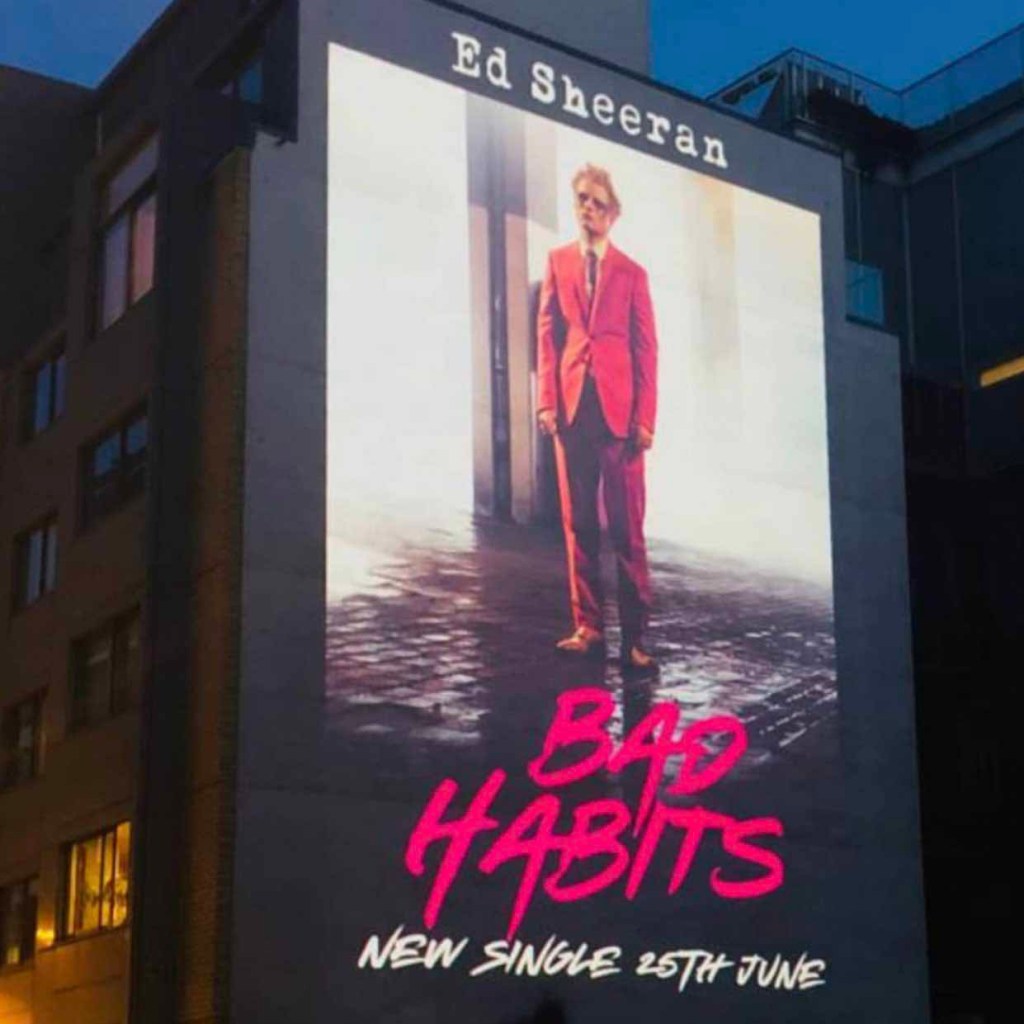 The cover art shows Ed in a red suit – the same suit from a photo he shared a week ago – matching the red lettering for the song’s title.

Sheeran has been teasing new music over the last few weeks. Last month, after he shared that “something’s cookin'” with a photo of him with a guitar, he shared another photo of what looks like it could be from a music video shoot, wearing his red suit.

He jokingly wrote along with another photo, “When clubs reopen. Expectation vs reality.”

Then, a week ago, Ed shared a video featuring Courteney Cox as the Friends actress played piano while Sheeran played guitar and sang a little bit. He captioned the clip, “25th June.”

Finally, over the last few days, he shared one photo with his hands behind his head along with the caption, “The moment you realise your first solo single in 4 years is coming out in a few weeks,” followed by another photo dressed as a vampire. He shared, “The nails were a nightmare to try and take a piss with. Wouldn’t recommend.”

“Bad Habits” will be Ed Sheeran’s first solo single in four years following 2017’s divide album. Since then, the singer/songwriter also released his No. 6 Collaborations Project in 2019, as well as his 2020 song “Afterglow.”

Aside from making new music, Sheeran has also been busy since becoming a dad to a wee girl named Lyra, with wife Cherry Seaborn.

Hoodoo Gurus' New Song Is About A Horrific Hangover... And Yeah, It's Relatable

‘Can’t Wait To Get My Rocks Off!’: Hoodoo Gurus’ Dave Faulkner On 40th Anniversary Gig In Perth