Released on 25th anniversary of the show, the earliest known footage of the Foo Fighters playing their fourth-ever gig has surfaced online.

According to Foo Fighters Live, the performance on March 4, 1995 was at a tiny Seattle club and is the earliest known live video of the band.

It was shot by a local Nirvana fan Travis Stanley, who had heard from a friend that the “new Nirvana band” were playing a secret show and he brought his camcorder along.

So new was the band, Travis misheard the band’s name and loaded “Food Fighters” into his video camera’s title card.

“I don’t have a voice, I gotta pee, everyone’s ready to go,” frontman Dave Grohl told the crowd before kicking off.

The 42-minute setlist was as follows: 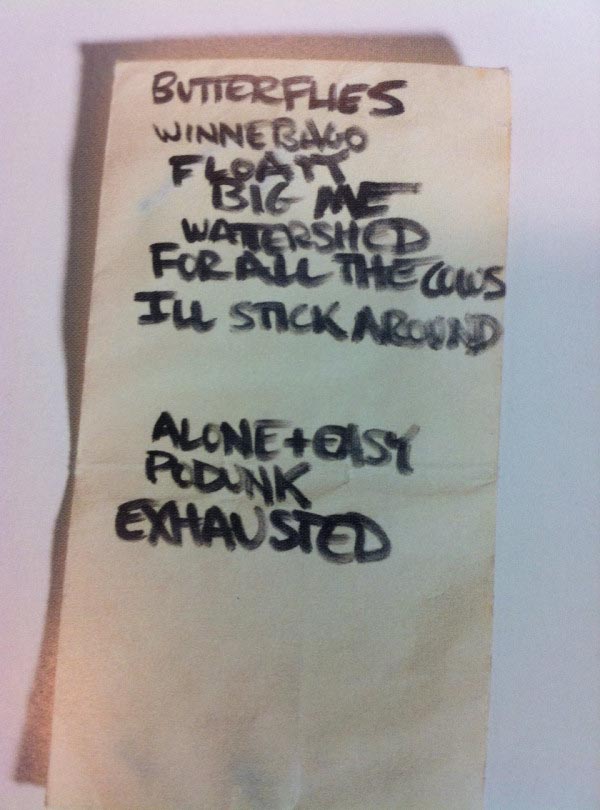 Meanwhile, the boys plan to celebrate their 25th anniversary by touring the same stops that they did on their first US tour back in 1995.

‘The Van Tour’ will see Foos “hitting a number of the same spots that Dave Grohl, Nate Mendel and Pat Smear trail-blazed in a Dodge van all those years ago”.

This time around, however, they’ll perform at arenas, not dive bars.

Guitar Owned By John Lennon & George Harrison Valued At $A786,000