It’s not their first Grand Final rodeo, but WA’s Birds of Tokyo know how special headlining the Half Time Show on Saturday really is.

“It may not happen again so we’re completely honoured,” frontman Ian Kenny told 96FM on Thursday.

Not only will the boys be performing alongside the WA Symphony Orchestra, but it’ll be under lights. 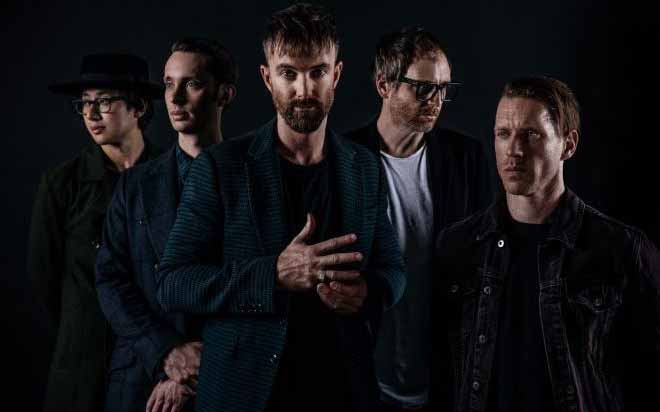 However, while Kenny said he’s hoping to use the full weight of the orchestra, he’s worried.

“I don’t know how the hell they’re going to get everyone on the field in time, they have a matter of minutes to set up.

Kenny said he was curious to see how WASO were going to do it during Thursday’s full-blown dress rehearsal, which TBH sounds as intense as the big day.

“I believe we’re there for 10 or 11 hours going through it… the scope of this thing is intense.”

But before there was any kind of announcement, Kenny said that for weeks and weeks (and weeks), whispers had been circulating that the Birds got the gig – which was news to them.

“We were in the wings going ‘hang on, we haven’t been asked anything’,” he said, adding that hearing that kind of unconfirmed press was a total tease.

Then they got the call from the AFL.

“When you get that call, honestly, it’s just one of those moments, you’re like ‘Oh my God, we’re gonna do this!’ and we’re just honoured to be part of it.”

In 2013, the guys performed at the MCG for the Grand Final before the ANZAC Day clash in 2015 – both massive, sold-out events.

“We’re happy to dive in again, it’s gonna be wonderful.”

The Cat Empire To Disband... & Have Just Three Shows Left With Original Line-up