Gavin Miller, legendary host of 96FM’s The Café on Sundays, is filling in for Clairsy & Lisa while they take a two-week break.

But, as he admitted on Monday, sometimes you throw something random out there and never quite anticipate how stunning the response can be.

It was during a chat with Icehouse’s Iva Davies when, just for his own amusement, Miller brought up the classic track, Electric Blue.

“For me, whenever I hear Electric Blue, I’m taken back to my local Video Ezy store in the 1980s,” he began.

“There was a corner in all of those stores where all the adult videos were and there was a brand of video called… Electric Blue. I’m kind of ashamed that I remember this Iva, but do you remember that?”

The pause was long.

(Dammit, I thought he was going to say ‘absolutely’, haha)

He said he had been writing songs with John Oates from Hall & Oates, who had flown to Australia specifically to work with Davies.

Iva was having a bit of writer’s block for a song’s title.

“I remembered an early (or pre) T. Rex song… it was a pretty obscure song but in it was the phrase, ‘her eyes were electric blue’ and I said to John Oates ‘What about Electric Blue?’ and he went ‘Yeah, yeah, that’s good, that’s good’,” he recalled.

Fast forward when they finished the song, which was about a week later, when Davies said his keyboardist Andy Qunta approached him. 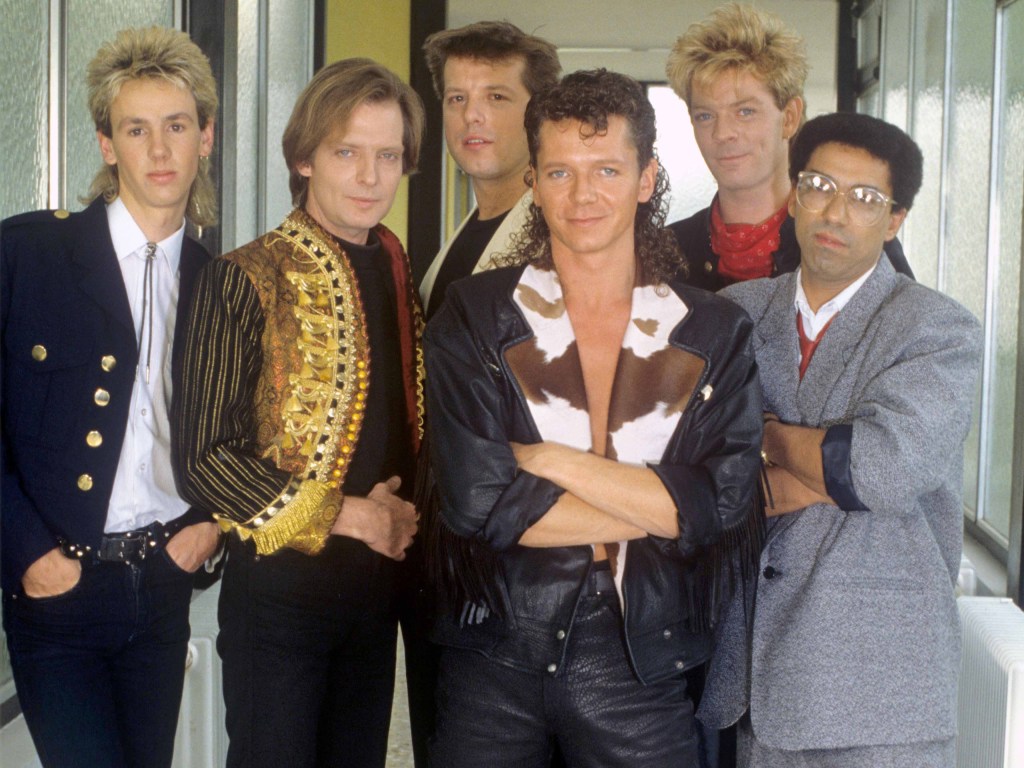 Icehouse in 1986. Andy Qunta is on the far right in the grey suit.

“He was kinda sheepish and a bit nervous,” he said.

Davies then dropped another clanger.

“He was dressed in a gorilla suit,” he deadpanned.

Tune in to Gavin Miller filling in for The Bunch, weekdays from 5.30am.

Dave Grohl Opens Up About Nirvana's Low Expectations For 'Nevermind', Which Turns 30

Mick Fleetwood Recalls His 'Weird, But Not Weird' Friendship With Metallica