On the eve of their final date of their ‘4YRLV’ tour, local rockers Gyroscope dropped in to the 96FM studios for a mini-gig with Botica’s Bunch.

But not before a quick chat about the fact that they’ve been around since 1997… that’s 22 years.

Frontman Dan Sanders and guitarist Zoran Trivic reflected on their time performing alongside some of the biggest names in festival shows, including Foo Fighters, Blink 182, Fall Out Boy and Oasis.

Last show of the #4YRLV kicks into Perth tonight @_jackrabbitslims …last show of Robby’s 23 year career on the skins too…!!🥁 if you got yer tickets you’re in for a wild ride.. see you soon PERTH!! #gyroscope #livetonightsoldout 🔥🖤🔥 📸 by @fastlanephoto @ummagummamumma and @rawinginthepit 🙏🏻

Lisa couldn’t help but ask about the Gallagher brothers, Noel and Liam.

But despite Dan and Zoran saying that Oasis was “sort of like a myth” and didn’t see them much backstage, they did reveal a tidbit on the notorious brothers when they were recording their last full-length record at Rockfield, a studio in Wales. 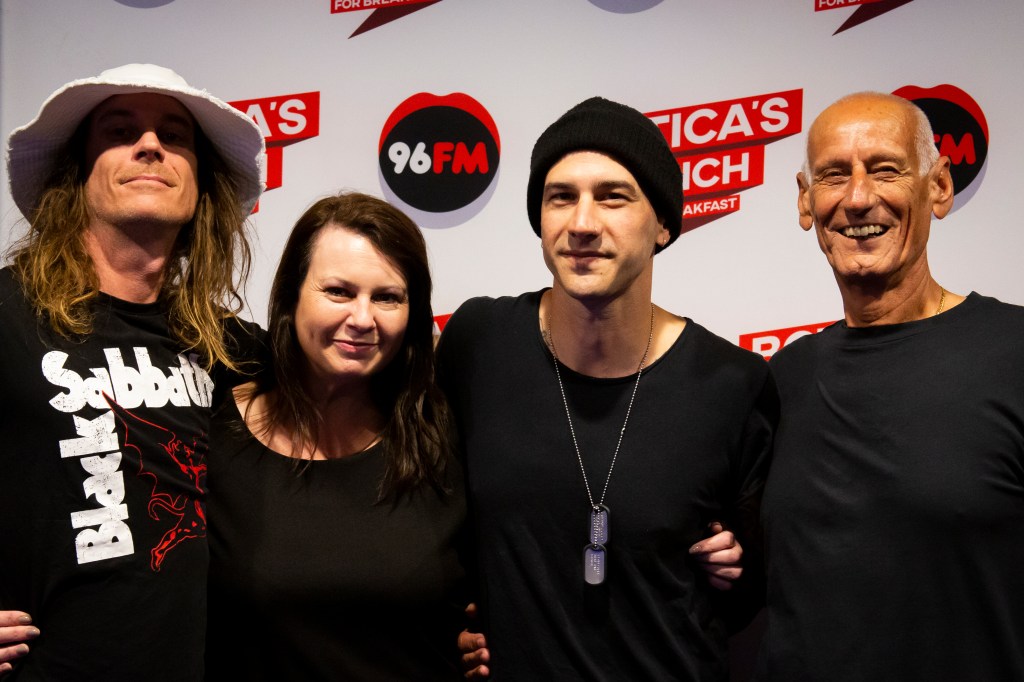 It was the same studio that Queen recorded A Night At The Opera and Oasis recorded their masterpiece, What’s The Story, Morning Glory.

“It’s a working farm with a studio and accommodation and they were like ‘Yeah, the rooms you’ll be staying in were the same that the Gallagher brothers were in and we had to change the door a few times because they would have feuds and they would go run in there and slam the door and go in for a brother punch-up’.”

…Our #4YRLV tour starts in Adelaide tommorrow night- but let’s not forget that we’re playin’ a couple of shows in the not too distant future with the @coldchiselofficial legends…!! The tour bus has already been spotted rollin’ the streets of Perth 🤷‍♂️ 🤯

The guys said that Rockfield felt ‘haunted’, but only in the way that so many greats had recorded there.

“So, if you were down at any time, you go play darts and you just think … wow… this is amazing.”

Zoran then piped up…

“I dunno why they got us in there then…” he deadpanned.

After some laughs, the guys fired up their guitars for an acoustic performance of Baby, I’m Getting Better… which, TBH, proved exactly why they deserved to record at Rockfield.

Check it out up top…

Do you regret a tattoo?

What's your best excuse to get out of something?