Steve Kilbey is best-known for being both the lead vocalist and the bass player for one of the most iconic and influential Aussie rock bands, The Church.

“I can remember the first time we walked on stage in Perth, opening for Moving Pictures,” he told The Bunch on Wednesday.

“I know, I was there!” Clairsy exclaimed.

This was literally his ticket… 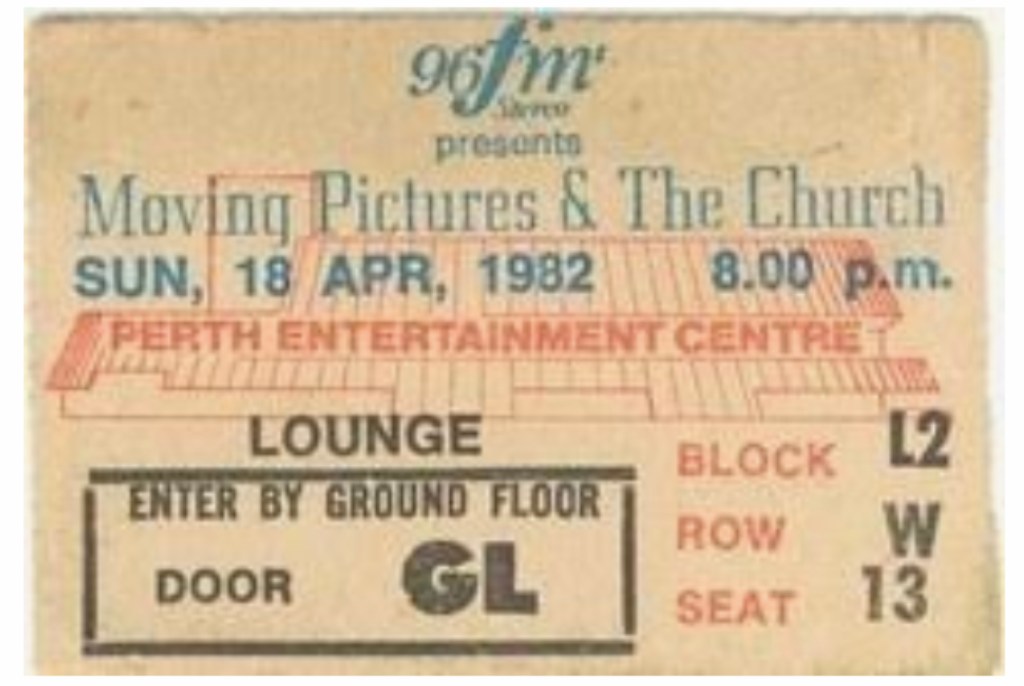 “Yeah, do you remember what happened?” Kilbey asked, before telling the story as to why he had stormed off-stage.

“Moving Pictures made themselves look amazing because we were such stuck-up idiots.”

Clairsy laughed saying that Kilbey had his own ‘what about me’ moment that night.

Hit PLAY to listen in

Kilbey is set to perform The Church classic albums ‘Of Skins and Heart’ and ‘Séance’ in order and in their entirety at The Astor Theatre on May 16.

‘Of Skins and Heart’ is The Church’s 1981 debut album, which brought with it the stand out hit, ‘Unguarded Moment’.

‘Séance’ is the band’s third album, released in 1983.  Some of the memorable tracks being  ‘Electric Lash’, ‘No Reason’ and ‘One day’.

Missed The Bunch with Clairsy & Lisa? Catch up by clicking play below!
Steve Kilbey the bunch The Church

The Bunch Asked ‘What Did You Go Back For?’ & It Seems Perth Keeps Forgetting Kids

Could 3D-Printed Houses Be A Viable Answer To Our Housing Crisis?

‘His Wife Gets Half The Royalties For It’: Dave Gleeson Spills Backstory Of Classic Song