A bronze statue depicting indigenous footballer Nicky Winmar’s stand against racist abuse from spectators will be unveiled at a Perth stadium before the Western Derby.

Reacting to a torrent of racist abuse from Collingwood fans, Winmar raised his St Kilda guernsey and pointed to his chest after a big win over the Magpies at their Victoria Park home.

“I hope this statue encourages more conversations and education about Aboriginal and Torres Strait Islander history and culture,” Mr Winmar said in a statement. 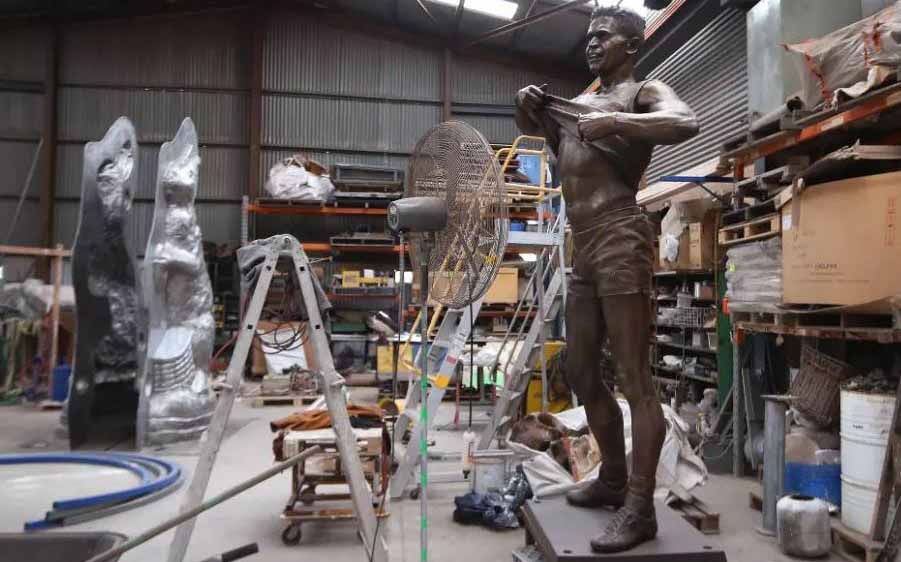 “It’s a surreal thing to be a part of and it’s something my family are very proud of.”

Western Australian-born Noongar man, Mr Winmar wanted to ensure the statue found its permanent home on Noongar land and it will be installed at Optus Stadium and unveiled on July 6.

Created by renowned Melbourne sculptor Louis Laumen in conjunction with the AFL, the statue was crowdfunded and will be delivered to WA from Victoria in the coming weeks.

The installation will complement the stadium precinct’s existing acknowledgement of WA’s Aboriginal heritage and the Matagarup Bridge, which already features an audio art installation to share cultural stories and is a permanent tribute to traditional owners.

“But this defining action also propelled him into the arena of social justice,” Mr Wyatt said.

“Nicky’s actions that day have inspired countless other young people both in sport and in life to stand up and be proud of yourself and your heritage.”