A Queensland truckie claims he eye-balled a hulking 3-metre tall Yowie in broad daylight before it punched his bonnet and melted into the bush.

The delivery driver, identified only as Gary, says he was driving in the bushy Gold Coast hinterland on a November morning last year when he rounded a sharp right bend at Witheren and had the experience of his life.

He slammed on his brakes after spotting what he thought was a boulder tumbling down a steep slope and onto the road.

But then it moved. 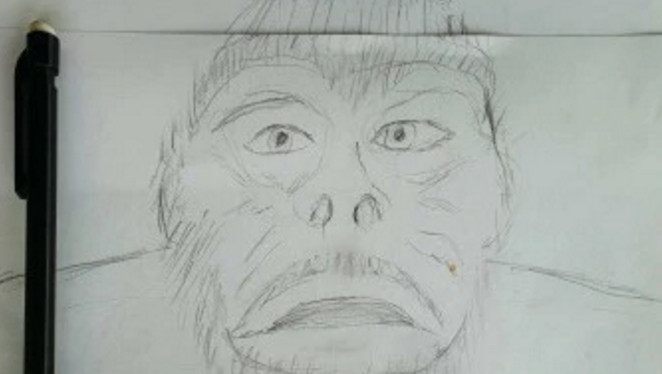 Gary says he watched as the creature unfurled huge, hairy limbs and stood upright before locking eyes with him through the truck’s windscreen.

“It wasn’t a rock at all,” Gary has told Yowie hunter Dean Harrison in an interview shared on social media.

“This thing scared the absolute crap out of me.”

He said the creature was a towering beast, its navel level with the truck’s bonnet 6-feet (1.8 metres) off the ground. And he reckons it would have weighed close to 400kg.

At first the Yowie – with its small head and over-sized body – seemed somehow shocked or embarrassed as it stood in the full glare of day at 10am on that November morning.

But then it got mad.

“He slapped, or punched the centre of the bonnet of my truck. It was like I had hit a small car,” the truckie said.

“He was so tall, he had to reach down to hit the truck. Just before he hit the truck, he grunted. It wasn’t a scream or a cry, or a howl but a loud grunt.” 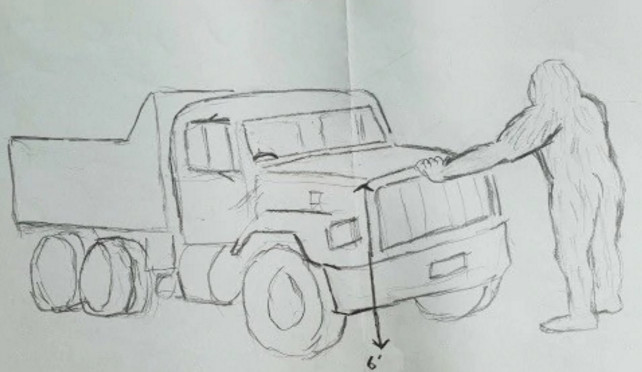 “It was hairy, it had hair probably two inches long all over its body … It had a round face, like a chimpanzee.”

While Gary was still trying to make sense of what he was seeing, the creature turned and vanished into the bush.

Gary does not want to be identified, fearing being labelled a “loon”.

Mr Harrison, the yowie hunter, understands that but he’s not bothered by those who doubt the Yowie’s existence.

He’s sure they are out there, having tracked scores of sightings across Australia for the past 20 years.

He says he’s even been attacked by a Yowie not once, but twice.

As far as Yowie sightings go, Gary’s is a good one, Mr Harrison says.

“This is astounding, he had such a clear view of it. Amazing,” he told AAP, adding the truck driver got such a good look at the creature that he was able to draw it.

He says his years of tracking work indicate Yowies are most likely to be spotted along the Great Dividing Range, with the Blue Mountains the nation’s hotspot for encounters.

“People chose not to believe it but that is of no consequence to me – we believe based on the facts we are presented with. People should be vigilant and aware these things do exist.”

Mr Harrison said park rangers had reported close encounters and strange activity in the bush that they could not explain.