Wildlife officers are investigating the discovery of another headless crocodile in northern Queensland.

The four-metre headless carcass was found last month on the banks of the Herbert River near Townsville.

It follows the discovery of decapitated two-metre crocodile (pic below) at Lake Moondarra, near Mount Isa, in early August. 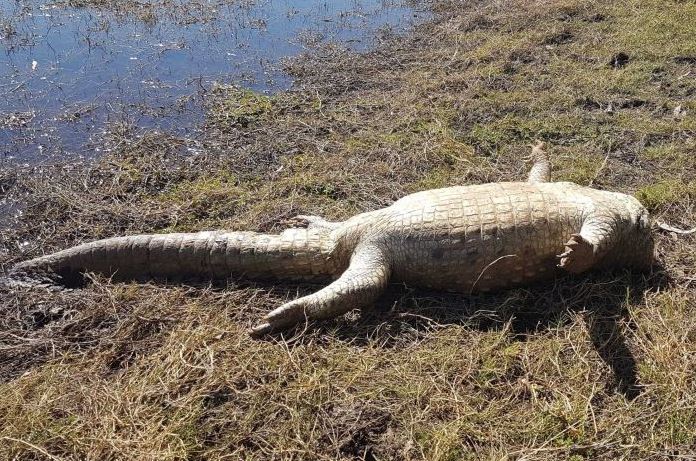