What’s that we hear? Mushy instrumental music paired with an inspirational speech about love? It must be Bachelor Season!

If you missed the first episode tonight or you just want a bit of a laugh, we’ve recapped the whole thing for you in 60 seconds…

Let’s meet out “flamin” Bachie: Nick Cummins A.K.A The Honey Badger. Of course we start off with a shirtless shot – hello abs – as the Honey Bachie, as he will officially be referred to from now on, explains why he signed up for the show.

Just quietly, with all of the Aussie slang that has come out of his mouth in the first 2 minutes we can already tell this will be a cracking season!

The Honey Bachie tells us he’s looking for a top chick with a killer personality – but let’s be real it won’t hurt if she’s smokin too.

*Cue romantic music* (This girl must stick around for a while) We meet Shannon from Melbourne and get her full back story, so yeah, she’s a keeper. Shan rocks up in a stunning little gold number and TBH she’s really sweet! Already one of our favs and the Honey Bach seemed quite keen too!

Next to arrive is Brooke from Perth and oh boy she’s brought some footies with her…Did a producer tip you off there love? But she wins us over with her first words to the Honey Bachie: “So I’ve got a pair of balls”. Classic.

Brittany from NSW tells us she’s just here for the food, so yeah she gets our tick of approval already. And it turns out that they were both born in Port Macquarie! What a bloody coincidence! (A coincidence that wreaks of Producer intervention…)

Did she literally just tell Honey Bachie she had a psychic dream about him? Oh she did? Okay cool…

Up next is Cat from Bali! She’s super confident and her parting words to the camera after meeting the honey Bachie are “he loved me for sure”. Righto love calm down!

It’s then time to fly through the ones who clearly aren’t sticking around long enough for us to get to know them properly. There’s a Tenielle, Renee, Kayla G, Steph and Sophie.

Now here’s a big spoonful of drama for ya, Cass is up next and she drops the bombshell that she already knows our Honey Bachie on the outside world!

There’s a big moment of shock as both of them realise they’re not strangers to one another and they start giggling uncontrollably. Does anyone else sense sexual tension?

The music changes once more and we’ve got another weirdo on our hands. Her name’s Dasha, she’s Russian and she’s INTENSE!

She’s a personal trainer and obvs wanted to show the Honey Bachie how fit she is by doing sit ups while hanging off of him, but ended up just using him as more of a human stripper pole more than anything. And the Bach is beside himself!

And our villain finally arrives. Vanessa Sunshine is her name and resting bitch face is definitely her game. Her literal words when she sees the Honey Bachie: “Not thrilled”. She’s going to be a ball of fun!

Time to head to the cocktail party. Vanessa Sunshine introduces herself to everyone, full name only, while all of the other girls freak out over the fact that Cass already knows Honey Bachie and OMG she might have an advantage.

Finally Osher enters to distract them all and explains how the show works. “Dates, roses, blah blah blah.” He then introduces the big twist on this season, the key to the bachie pad, and of course all of the girls loose heir minds.

Enter Honey Bachie and cue the cat claws as all of the girls fight for attention and to get five minutes with him.

One cray cray chick, Kayla G decides to do something unique and out of the ordinary to set herself apart…she jumps in the freaking pool FULLY CLOTHED! But sadly, Honey Bachie doesn’t even really notice and so she just floats there looking a bit like a drowned rat for nothing.

We then find out two of the girls, Cat and Sophie, actually know each other on the outside because they have a certain ex-boyfriend in common…chaos obviously ensuses and it’s safe to assume they are not going to be friends in the house.

FINALLY THE KEY! All of the girls are desparado for it but the all important advantage goes to…Brooke! Surprise, surprise! (Not really though, these two are clearly smitten already).

Rose ceremony time! Brooke already has a rose, but who will be going home?

Well the three chicks that go apparently matter so little that we don’t even get the typical Osh speech about them not receiving a rose! But from what we can gather, it was these three: Urszula, Suzie and Autumn. 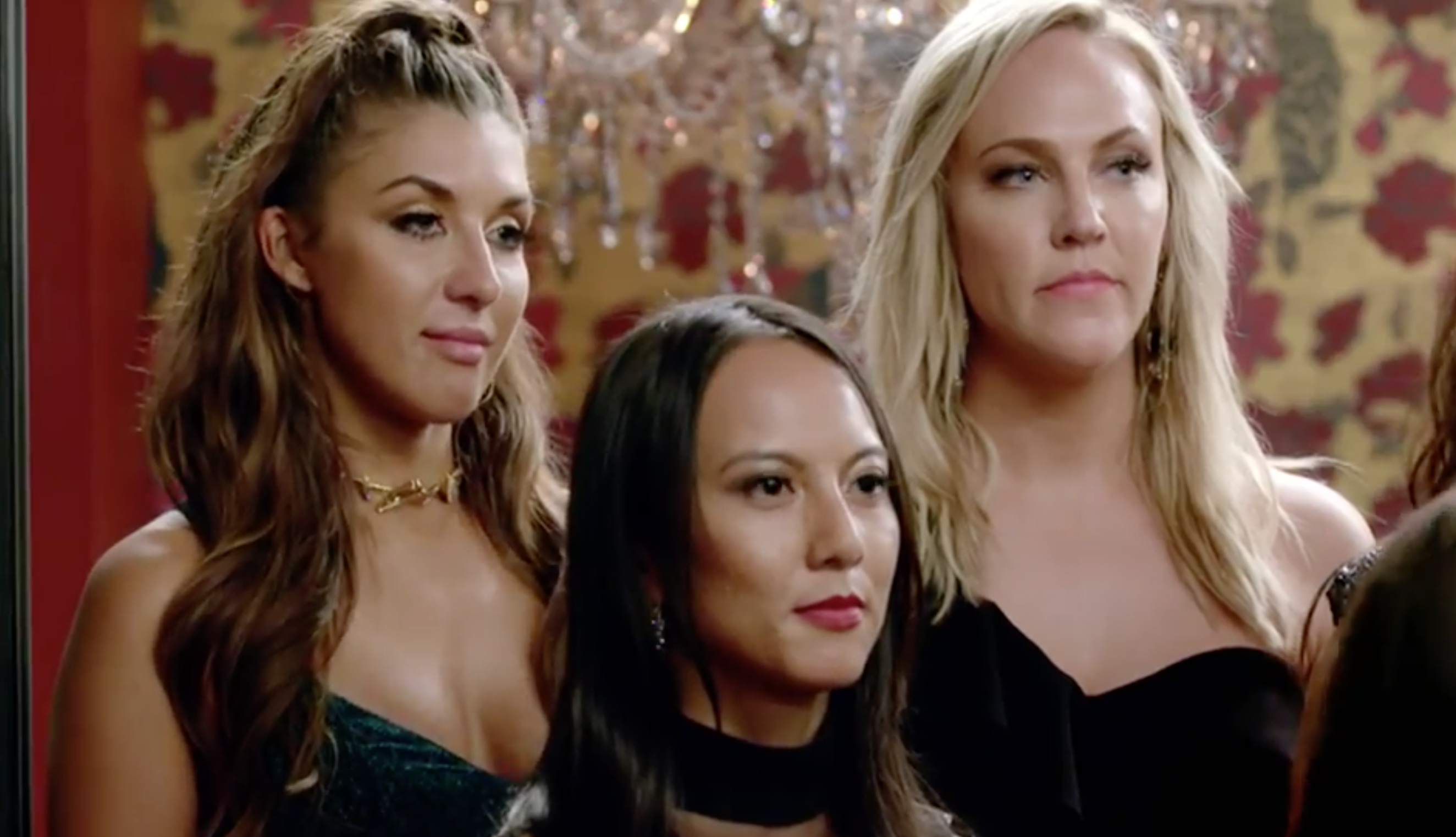