The Simpsons iconic ‘Treehouse of Horror’ spin-off is about to get the Stranger Things treatment.

From what we can tell, the bottom-half is the nod to the Netflix smash hit, showing Lisa in the role of Eleven, Chief Wiggum as Hopper and Milhouse’s mum, Luann Van Houten, as Joyce Byers.

The top-half of the poster is a homage to the dark fantasy The Shape of Water, recreated with Selma and Kang (or Kodos, we can’t tell). 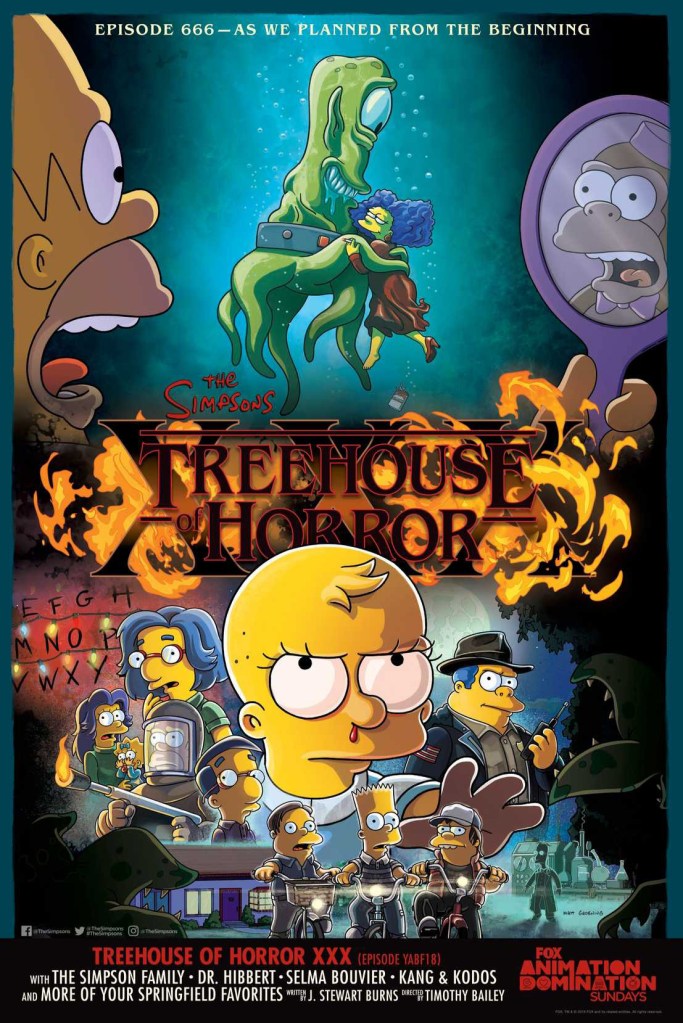 It will also be the Simpsons’ 666th episode overall.