Concussions in the AFL have been brought to the forefront after WA’s late, great Graham ‘Polly’ Farmer was diagnosed with chronic traumatic encephalopathy (CTE) – the first in AFL history.

Scans following Farmer’s death last August at the age of 84, confirmed he had the condition, which is believed to be caused by repeated head knocks.

CTE can only be diagnosed after death.

The story was broken by Glen Quatermain, Sports Editor from The West, who joined Botica’s Bunch on Thursday, suggesting it could have huge ramifications for the game.

“Long-term exposure to sub-concussive knocks… this what the AFL will have to address,” he said.

“It’ll permeate through footy, down through junior ranks…where it will ultimately lead, I don’t know… whether [it will be] compulsory to wear helmets at senior level, may be the case.” 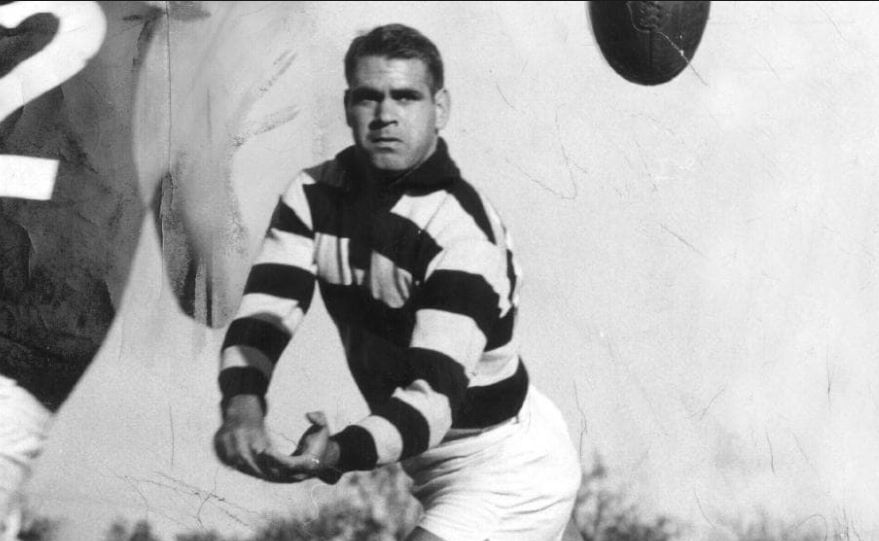 Lisa recalled seeing a couple of recent documentaries on CTE, particularly on American gridiron players Aaron Hernandez and Mike Webster, who were both found to have the condition.

“It’s interesting to note that [Mike Webster] had the equivalent of 25,000 car crashes over 25 years of playing,” she said, adding that “he didn’t have 25,000 concussions, but you get a knock to the head, the skull stops and the brain bounces back and forward inside – that’s basically what’s happening, isn’t’ it?”

Payouts from the NFL are expected to exceed $US1 billion with more than 100 detections of CTE from deceased players’ brains.

He did explain, however, that there are two eras of AFL.

“The current game, where there are serious protocols around concussion, and the last century, where it was a badge of honour to run around wearing those hits.”

“And no one wore them more than Polly because he was the most important player on the ground.”

Quartermain stressed that this diagnosis took nothing away from Farmer’s magnificent career but, in fact, added to it.

“As the Farmer family so eloquently put it, this is the 5th quarter, this is his final legacy for Polly Farmer,”

“He’s given a lot through his football on-field, he’s still giving through the Polly Farmer Foundation and now, this final legacy – awareness of sub-concussive knocks and what we can do about it.”

Quartermain said that while junior football is “pretty well policed” and “in good nick”, particularly surrounding tackling, he agreed that the horse had bolted from the previous era, mentioning a current class action being mounted.

“Watch this space for that one, but any safeguards put in place going forward, we’ll welcome them all”

[the research] is only going to help us. It’s a great game, we all love it, but it’s time now to seriously look at the impact it has on our head”

Farmer played 101 games for Geelong and captained the club from 1965-67. As well as his three Sandover Medals, he was runner-up for the Brownlow Medal when playing at Geelong and was three times named in the All-Australian team.

Hit PLAY below to listen to the whole chat…

Hands Up Who Got Caught Totally Off-Guard With Monday’s Storm?

There's a great reason we haven't seen Ben Elton touring for a while...

Smiley made a little mistake while getting ready for work…