It seems that Perth is hungry for love, with Farmer Wants A Wife roaring up the ratings this week.

Despite the its four-year hiatus, the dating show pulled in 116,000 viewers on Sunday night.

Australian Ninja Warrior was also a hit in Perth on Sunday, drawing 92,000 viewers. On Monday, the show dropped to 61,000.

In the same timeslot, Bachie In Paradise pulled 34,000 in Perth on Sunday, however lifted to a decent 58,000 on Monday.

Speaking of Mondays, Home And Away killed it (as usual) with 90,000 viewers.

Also worth mentioning is Wentworth, the Tuesday return of the Aussie series snagged a respectable 107,000 nationally on Foxtel. 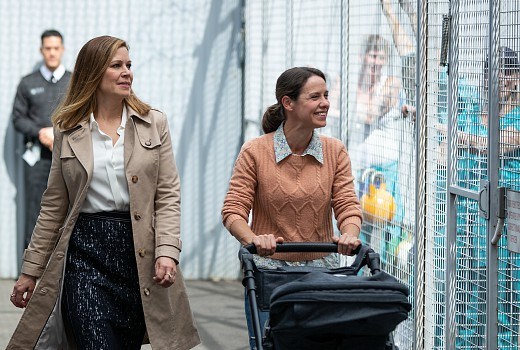 The Next Season Of Grey's Anatomy Will Include The Coronavirus Pandemic

The Cast Of The Parent Trap Just Reunited, 22 Years Later

Could ‘Outlander’ Star Sam Heughan Be The Next James Bond?