The judge of one of Australia’s fave improv comedy shows couldn’t “100% rule out” a reboot.

Tom Gleisner made the admission on 96FM on Monday during a chat Russ about his current gig, hosting Have You Been Paying Attention.

Between 2006 and 2009, Thank God You’re Here was hosted by Shane Bourne and judged by Gleisner, and is now available to stream on 10 Play. 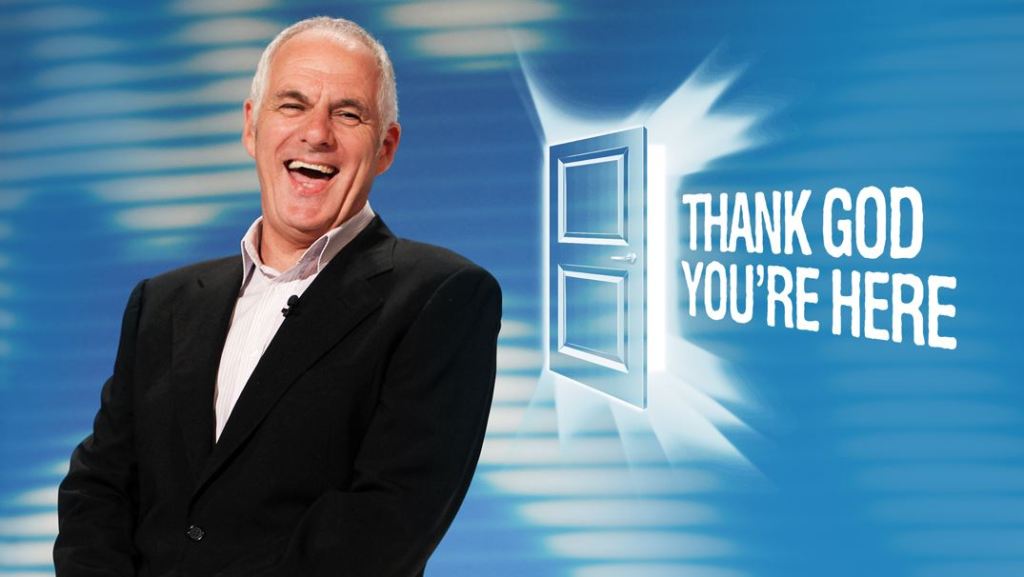 You’ll remember that contestants would be kitted-out in an appropriate costume, have some brief bants with the host, before being invited to “walk through the blue door” onto a mystery set.

They’re greeted by the ensemble cast, in character, with the line “Thank God you’re here!”, and must then attempt to improvise their role in the scene.

“We’ve never stopped loving the show, and we often get together and toss around ideas,” Gleisner said of the show.

The concept was so popular, the format was sold for recreation in a number of countries, including the US.

Have You Been Paying Attention, 8.40pm, Ten

Missed Clairsy & Lisa? Catch up by clicking play below!
comedy Have You Been Paying Attention Thank God You're Here Tom Gleisner tv show

No Joke, This Is The 'Law & Order SVU' Reunion We All Deserve

WATCH: The Trailer For Wentworth Season 8 Is Here And It Features A New Inmate