Just hours after Seinfeld was added to Netflix, viewers began to realise something was very wrong.

While the streaming giant adjusted the sitcom for HD televisions, it ended up cutting out gags.

Netflix is streaming Seinfeld in with an aspect ratio of 16:9, rather than the show’s original 4:3.

The 16:9 aspect ratio is the standard widescreen best suitable for high-definition TV. 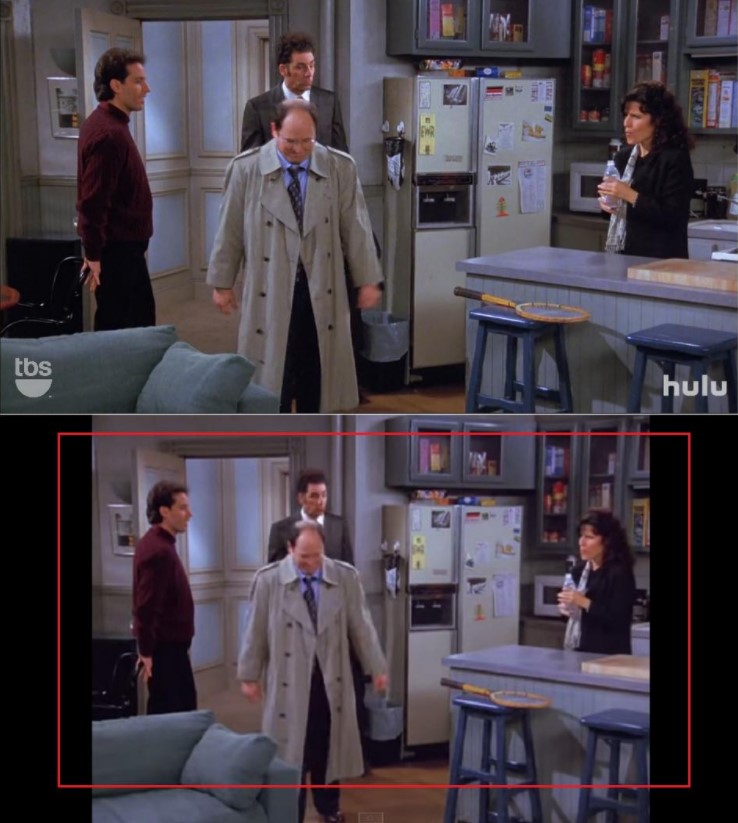 Thing is, it’s cut out some of Seinfeld’s most iconic jokes. Literally.

A scene from ‘The Pothole’ episode from season 8, where George is seen complaining about a pothole while on the street with Jerry.

In the original, you got a clear look at the pothole in question, but in Netflix’s 16:9 aspect ratio, isn’t seen.

to emphasize, the titular pothole from the season 8 episode The Pothole is cropped out on Netflix https://t.co/gH4l5V8HfS pic.twitter.com/6G35eZQymW

Disney+ faced similar complaints in 2019 when it began streaming The Simpsons in widescreen rather than full-screen.

The backlash ended up with Disney+ offering the 4:3 option.

SO, NETFLIX. YOU SPEND EIGHT SQUILLION ON SEINFELD AND THEN YOU SHOW IT IN THE WRONG RATIO. pic.twitter.com/SJiWNTOVIy

There’s no word on whether Netflix intends to make a similar move.

Netflix About To Drop A STACK Of True Crime Documentaries, Including Tiger King 2