After completely cleaning up all the major comedy awards last year, the cast of Schitt’s Creek reunited at the 2021 Emmy Awards… where a glitch sent them right back to being the Rose family. 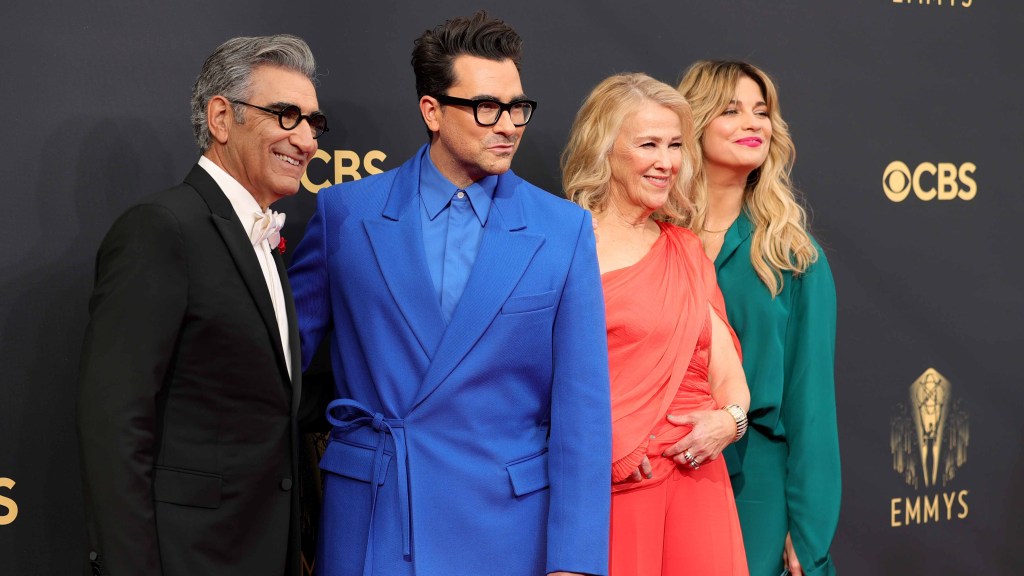 As they recovered from the standing ovation they received, it was clear something was wrong.

“Thank you so much. There’s nothing on the prompter,” Dan said.

Was this part of their appearance, was this a comedy bit?

Eugene suggested the teleprompter glitch was “on purpose”.

“Why would anyone want to embarrass us on national television on purpose?” Dan asked to which Eugene (his father in real life) replied that he didn’t know.

“Lift was the word that you used?” Dan asked.

“Yeah, tighten it up a little,” Eugene said.

“And what was their response?” Catherine asked.

Missed The Bunch with Clairsy & Lisa? Catch up by clicking play below!
emmy awards schitt's creek

Aussie TV Favourite 'Round The Twist' Is Being Turned Into A... MUSICAL?!

MAFS Producers Are Apparently Casting 'Celebs' For Their 2022 Season