Ten years since winning Dancing With The Stars in 2011, Manu Feildel is back on the dancefloor… and he’s feeling it.

“My joints my hips, everything’s just sore… oh my god it’s hard,” he told The Bunch on Monday.

And while it’s great that we’ll see him kick off his appearance tonight with the foxtrot, we’d be remiss if we didn’t ask about the controversy of casting convicted drug smuggler Schapelle Corby in this ‘All Star’ season. 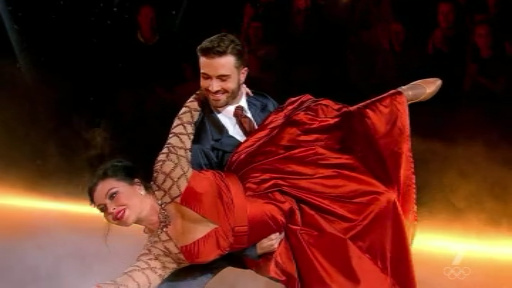 “You know, it’s a funny one I suppose,” he told The Bunch.

“I think we’re all allowed to make a mistake in life and if you’ve paid for that mistake you’re allowed to move on with life.”

Hit PLAY for his full comments…

Advertisement
Advertisement
Missed Clairsy & Lisa? Catch up by clicking play below!
Dancing With The Stars: All Stars Manu Feildel Schapelle Corby the bunch

Ryan Daniels Didn't Hold Back Over The Derby Being On A Sunday. Again.

'I Haven't Seen A Case Like This In 25 Years': Perth Meteorologist's HYPED Over Cyclones

'I Was Like OMG, I’m Gonna Have To Follow Him': Elliot Yeo’s Brush With Fame In LA