Kevin Costner’s 1995 flop Waterworld has just been given a re-cut, and by cut, we mean not actually cut but an extra 40 minutes added.

For those who have keenly put the movie out of their heads, a primer…

The film is set in the distant future, after the polar ice caps have completely melted, raising the sea level to cover most of the land. It also shows Kevin Costner, who plays a loner antihero known only as The Mariner, drinking his own piss. 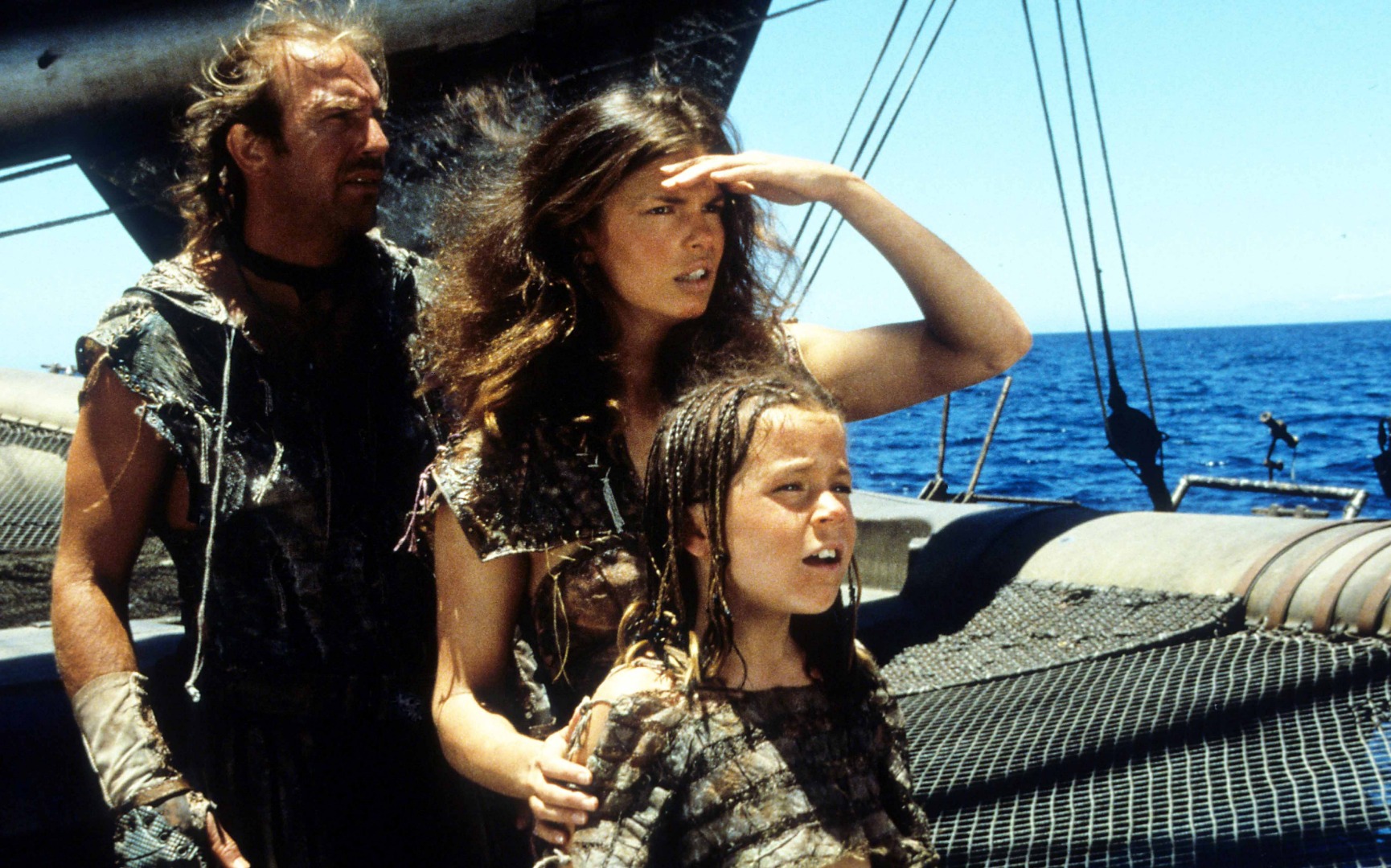 Kevin Costner, Jeanne Tripplehorn and a young Tina Majorino desperately look for the end of the film

At the time, Waterworld was both the most expensive film ever made… and an epic flop. It also spelled the beginning of the end of Kevin Costner’s star-studded career.

The Blu-ray release is packed to the gills with content that fans (all seven of them) are going to froth over… including the fan-created “Ulysses Cut,” which adds nearly 40 minutes of new material to the movie.

So that brings the total watch time to 3 hours and 36 minutes.

– Optional English subtitles for the deaf and hard of hearing