West Coast coach Adam Simpson has confirmed that Nic Naitanui will make his AFL return in Saturday’s clash with Hawthorn at the MCG.

Naitanui made a successful playing return in the WAFL last weekend, tallying 10 disposals and 25 hitouts in his first match since rupturing the ACL in his right knee in round 17 last year.

The 29-year-old, who ruptured the ACL in his left knee in 2016, is set to team up with Tom Hickey in the ruck against Hawthorn. 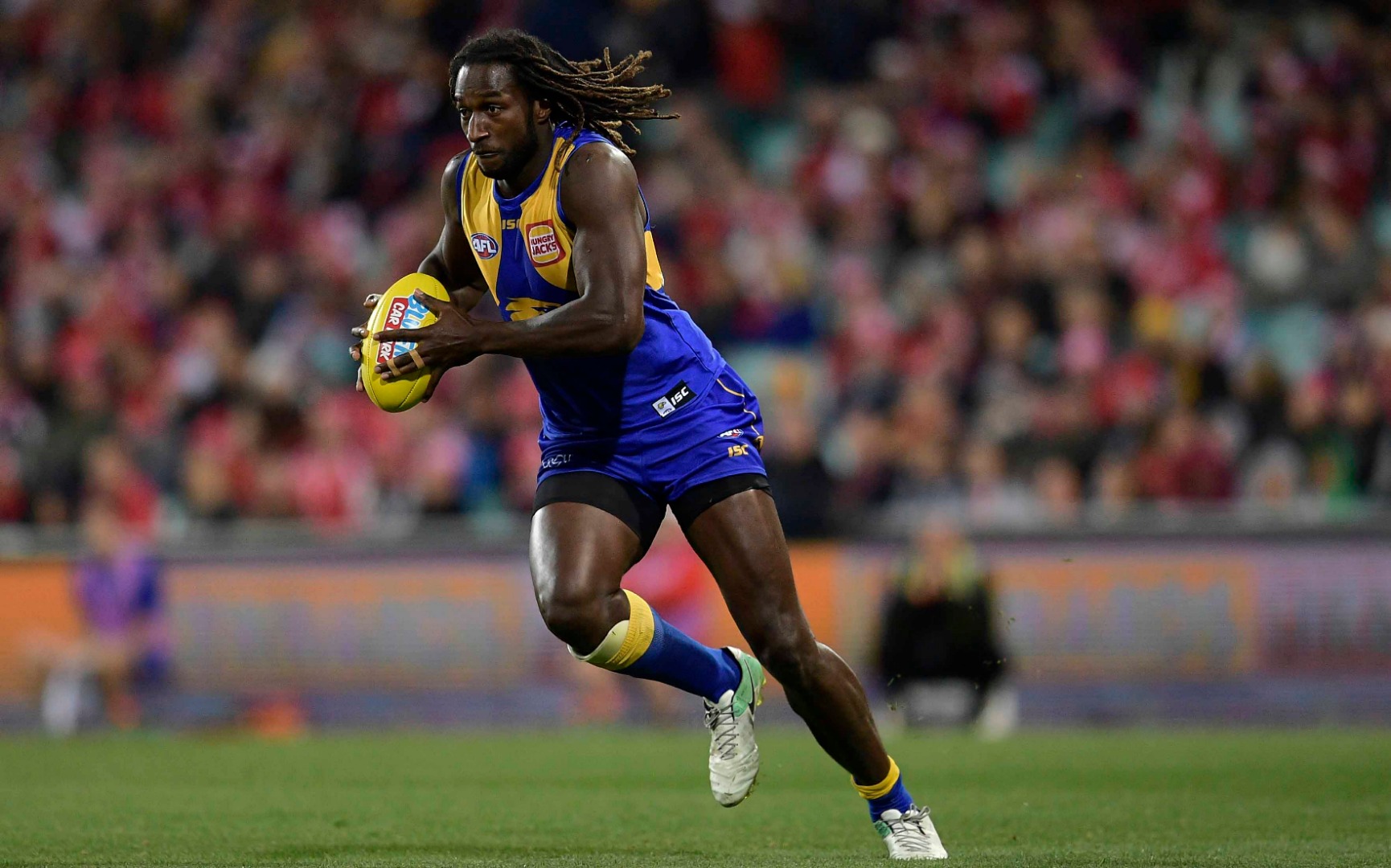 Simpson said it was all systems go for Naitanui now.

“We worked out our plan – it’s the same plan we had last year (with just the one WAFL game). He’s probably a little bit more in front than he was last year.”

Simpson is still sweating on the fitness of defender Tom Barrass and the availability of Jeremy McGovern.

Barrass made a strong return from foot surgery in the WAFL last Saturday, but he copped a cork to his calf late in that game and is no certainty to be fit to face the Hawks.

McGovern will fight his one-game ban for shoving Essendon’s Matt Guelfi at the AFL tribunal.

That incident has divided opinions, especially since Guelfi slammed into a chair before crashing into the boundary fence.

“I don’t know if Jeremy’s that good that he can actually look at the boundary line and see if there’s a chair there while he’s in play,” Simpson quipped.

The Eagles could also argue the fact the shove shouldn’t have been graded as “high” contact.

West Coast will be boosted by the return of goalsneak Willie Rioli from suspension.