West Coast defender Jeremy McGovern’s strong shove on Matt Guelfi is set to be a big talking point of round 14 after the young Bomber was taken to hospital with possible rib and lung damage.

Opinions are already divided as to whether McGovern deserves to be suspended over the incident, with the most intriguing aspect centring over the presence of a security guard sitting on a plastic chair.

Guelfi crashed into the legs of the plastic chair and then headfirst into the boundary fence after being pushed by McGovern just a fraction of a second after firing off a handball. 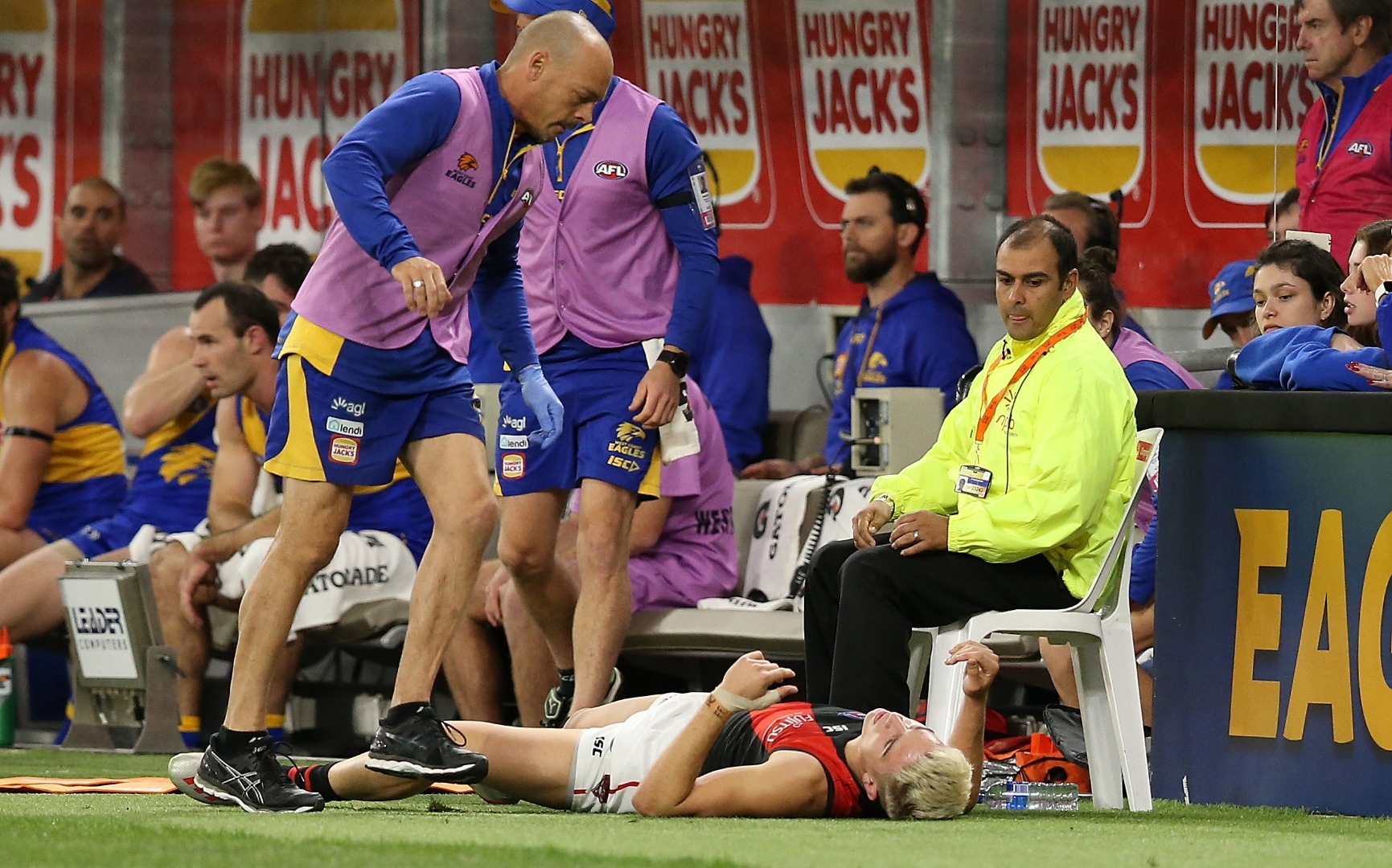 The fact Guelfi was sent to hospital for scans doesn’t bode well for McGovern.

But the big question is what effect the plastic chair had on the final result.

Did Guelfi’s impact on the chair mean he then hit the boundary wall at an angle that caused more damage than what would have normally occurred?

Does a shove near the boundary line warrant a suspension, or merely a fine? 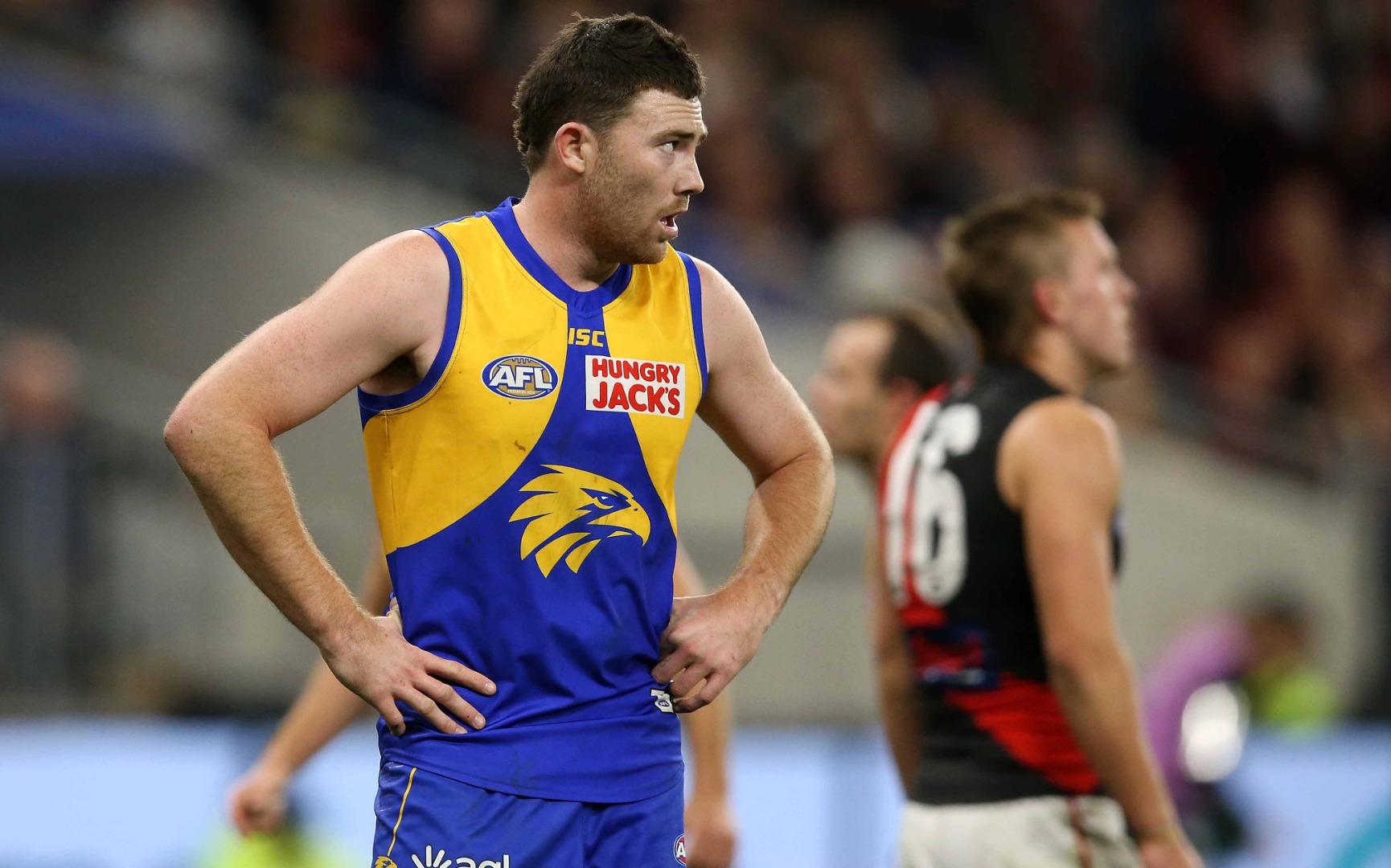 These are just some of the questions AFL match review officer Michael Christian will need to answer in a decision that is set to divide opinions.

West Coast coach Adam Simpson said he didn’t see the incident live, but was later told that a chair was involved.

“I don’t know what that constitutes. I’ll let everyone work it out,” Simpson said.

Bellchambers faces a nervous wait for his high bump on Luke Shuey.

The Eagles midfielder had his head over the ball when Bellchambers turned his hips to unleash a bump to the top of Shuey’s head.

And Redman was reported for a back-heel stomp to the ribs of Oscar Allen, although the light nature of the contact means he is likely to escape with a fine.

The Bombers led by 10 points late in the first quarter, but were blown out of the park from that point on.