Is Andrew Gaff still hot property, or has he messed with the wrong family?

Gaff was enjoying a dream 2018 campaign until last Sunday, with his career-best season not only putting him in the Brownlow medal mix, but also sending his price tag rocketing.

The 26-year-old will be a restricted free agent at season’s end.

St Kilda, North Melbourne and Carlton were among the Victorian clubs reportedly keen to lure Gaff back home on a long-term, multi-million-dollar deal.

But it was Melbourne who loomed as the main danger to West Coast’s hopes of retaining Gaff.

However, Gaff’s split-second brain fade during Sunday’s western derby is set to have big ramifications on his future.

It appears increasingly likely Gaff will be suspended for the rest of the year for his unprovoked punch on Andrew Brayshaw.

The 18-year-old Docker ended up with a broken jaw and three displaced teeth. 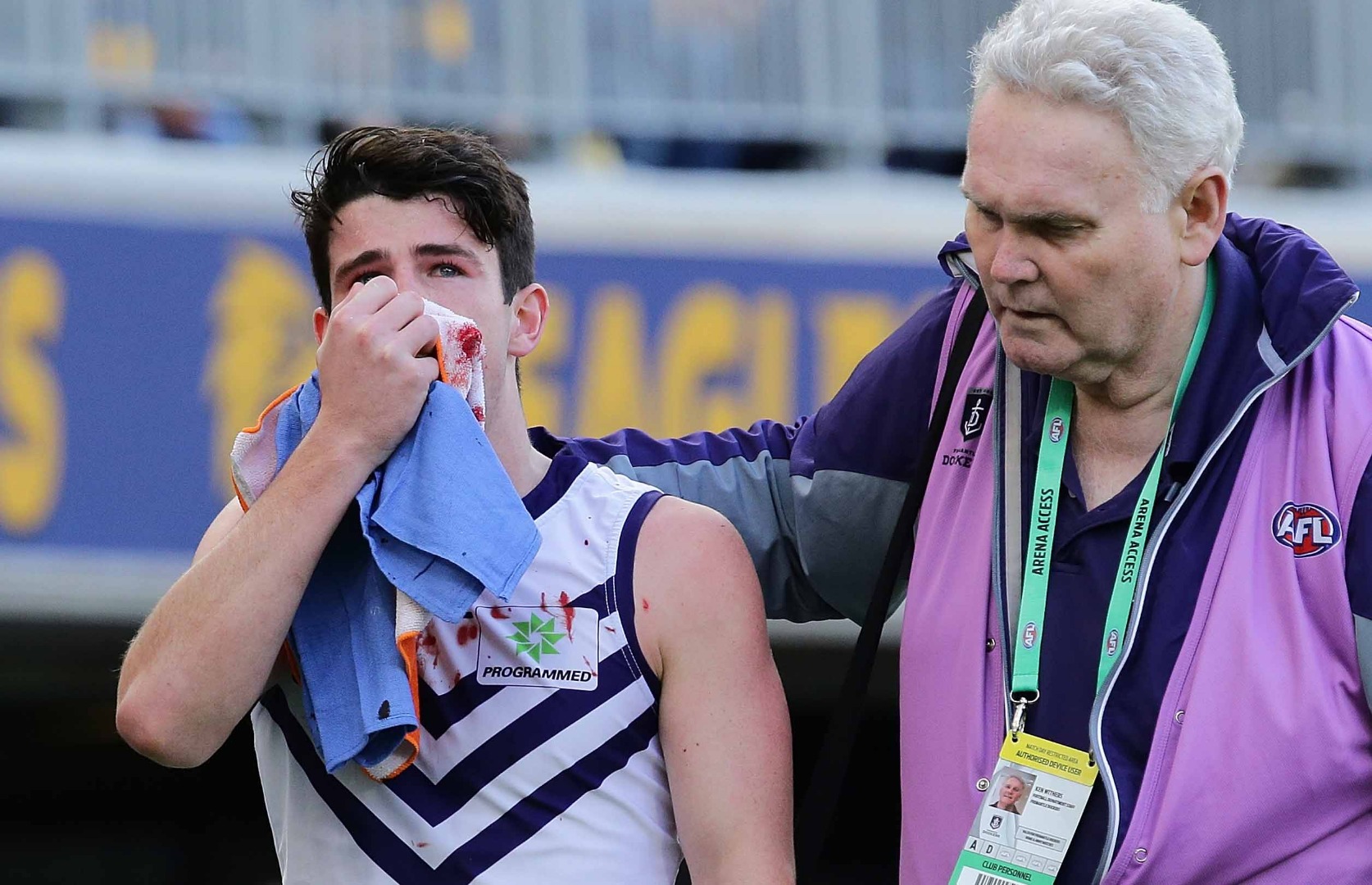 Which begs the question – will Gaff still be in hot demand at Melbourne, where Brayshaw’s older brother Angus is a rising star?

Former Melbourne great Garry Lyon doesn’t think Gaff’s punch will affect his chances of landing at Melbourne, or any other club for that matter.

“That won’t scare one club off for one second because that is not him,” Lyon told SEN.

“This is just a fact. He’s never been suspended before.”

Interestingly, another one of Brayshaw’s older brothers – Hamish – is on West Coast’s list.

How the friendship between Gaff and Hamish Brayshaw is affected by the king hit is another unknown.

Gaff was widely known as being one of the fairest players going around during his previous 174 games for the Eagles.

But the damage to his reputation from Sunday’s punch could be immense, and rival clubs may no longer be gung-ho in their approach to signing a player so soon after such a brutal incident.

To put it simply, they may be spooked, especially if they think Gaff’s form may suffer as a result of the traumatic incident.

Then there is Gaff’s mindset to consider.

Gaff was quick to apologise for his punch on Brayshaw, admitting he did the wrong thing and it made him feel sick.

If Gaff was leaning towards a move back home to Victoria to be closer to family, does this latest incident strengthen that desire? Will he feel like he needs a fresh start?

Or will it be the opposite – will he feel a need to repay the Eagles and rebuild his reputation at a club that has nurtured him since he was 18 years old?

Barry Hall will forever be remembered for ‘that punch’ on Brent Staker in 2008.

Gaff will now be forced to carry a similar weight on his shoulders for the rest of his AFL career.