A woman has slammed her fiancé after he proposed with a “tiny” engagement ring.

In a Reddit post, the bride-to-be asks whether she is being “shady” and “materialistic” for not wanting to wear the “little ass” piece of jewellery.

“We been together for eight years and talking about getting married for almost three,” she wrote.

“This the ring he said he saved up to buy me.

“Am I being shady or materialistic if I tell this mf I don’t want this little a** ring? [sic].” 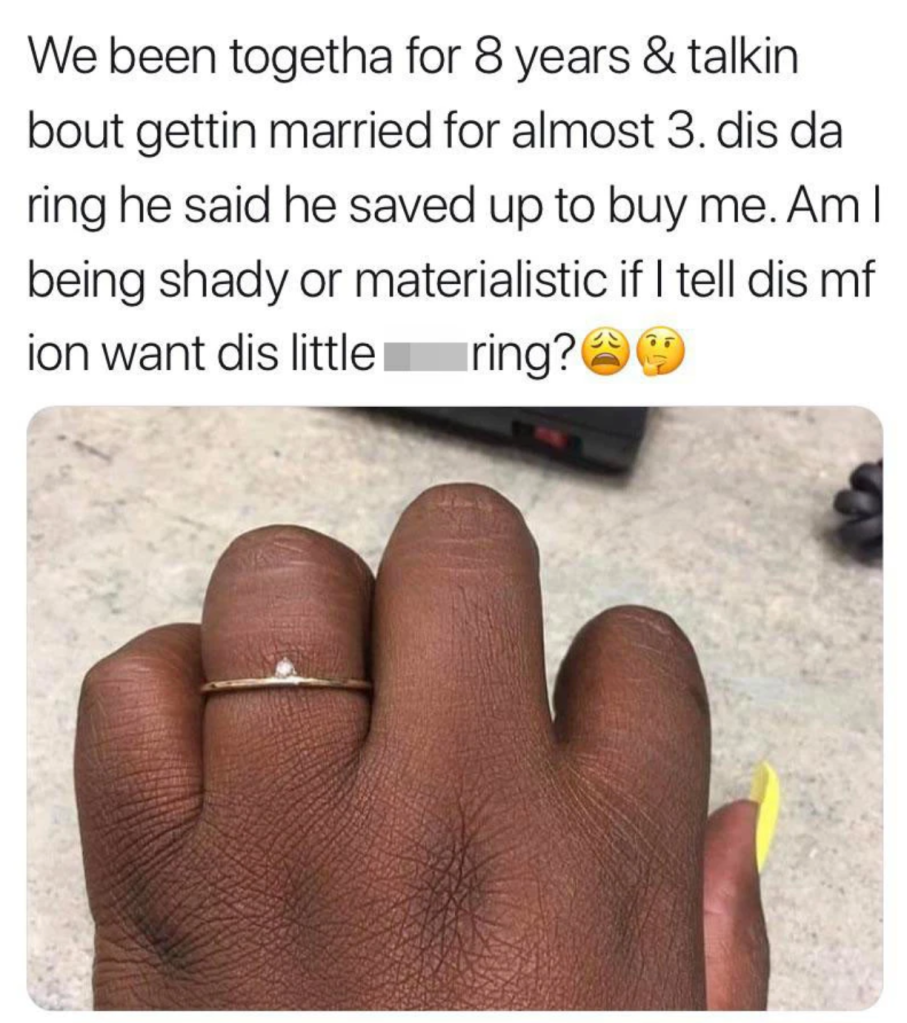 Some agreed with the woman’s statement, with one Redditor saying they would be “full on insulted” if they received it.

Others suggested the couple weren’t good communicators, saying: “They have been talking about marriage for 3 years but have they gone window shopping for engagement rings? Have they discussed style, size and budget for the ring as well as a wedding?”

They added, “If not, she should gently let him know this is not her style and go with him back to the jeweller and show him what she would like.”

Some disagreed, saying that the ring “isn’t as important as the one giving it to you”.