Earlier this month, Captain Tom Moore walked 100 laps of his garden to raise over $55 million for the National Health Service in the UK.

While his initial target was $2,000 when the fundraising page was set up last month, he managed to raise a whopping $55 million… and counting!

“For all those people who are finding it difficult at the moment: the sun will shine on you again and the clouds will go away,” he said, donned in a blazer, tie and war medals.

The inspirational Brit, who has used a walking frame with wheels to move around since breaking his hip and battling skin cancer, turned 100 today and the world sure hasn’t forgot!

The British World War II veteran has received a whopping 125,000 birthday cards from across the globe, praising his record-breaking fundraising efforts.

The floor of a nearby school has been swamped with letters, carefully curated by volunteers who have spent hours reading them.

Hodgson has said that the volunteers aim to display as many cards as possible and send Moore a photo of the result.

In honour of his 100th birthday, Captain Tom has also been made an Honorary Colonel by the Queen! 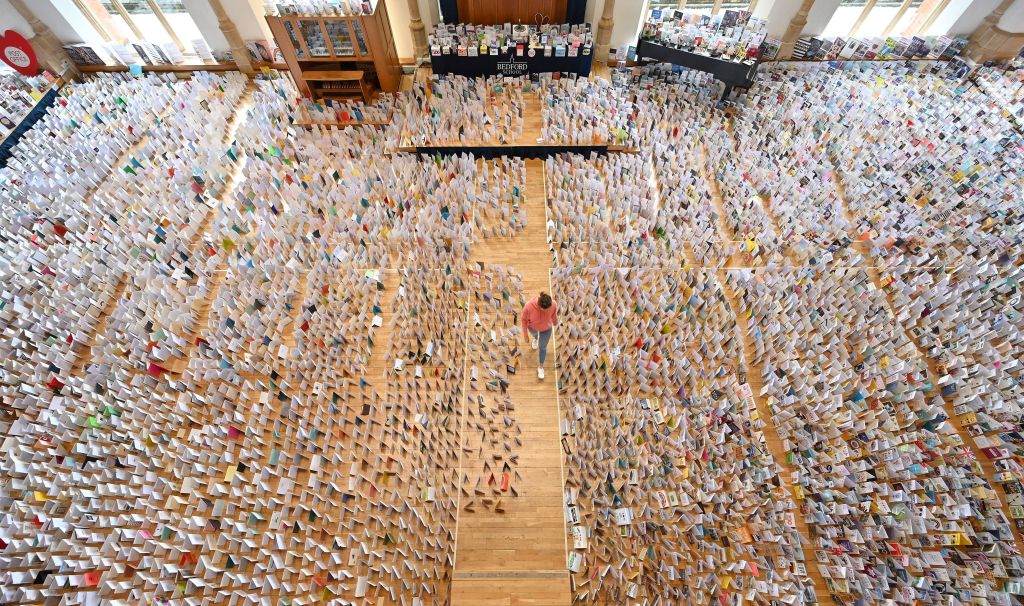 Mandy Alison poses with a selection of over 125,000 birthday cards sent to Captain Tom Moore, for his 100th birthday. (Photo by JUSTIN TALLIS/AFP via Getty Images)

In equally exciting news, a train has been named after Captain Tom Moore in honour of his fundraising achievements.

GWR said the high-speed train would carry key workers to and from work and was named following requests from the public.

Interim managing director Matthew Golton said: “With his indomitable spirit, what Captain Tom has achieved is truly inspirational and an example to us all.

“We at Great Western have a long history of naming trains after Great Westerners, the past and present heroes from across our network, and I am honoured that today we can respond to requests to have a train named after Captain Tom Moore.”

The veteran has also become the oldest person to land a number one single with his cover of You’ll Never Walk Alone, recorded alongside Michael Ball and the NHS Voices of Care choir.