The newlyweds went viral this week when photos from their wedding surfaced online showcasing the couple kissing in the middle of executed dissidents from the Handmaid’s Tale.

The New York Post has reported that the Canadian couple who took Handmaids Tale inspired wedding photos is receiving backlash for their “tone-deaf” shoot but their photographers are coming to the couples defence claiming it was supposed to “wake people up.”

In the photoshoot, the couple posed in a line of women wearing red dresses as handmaids, who are subservient to men and forced to bear their children on the show adapted from the Margaret Attwood novel. 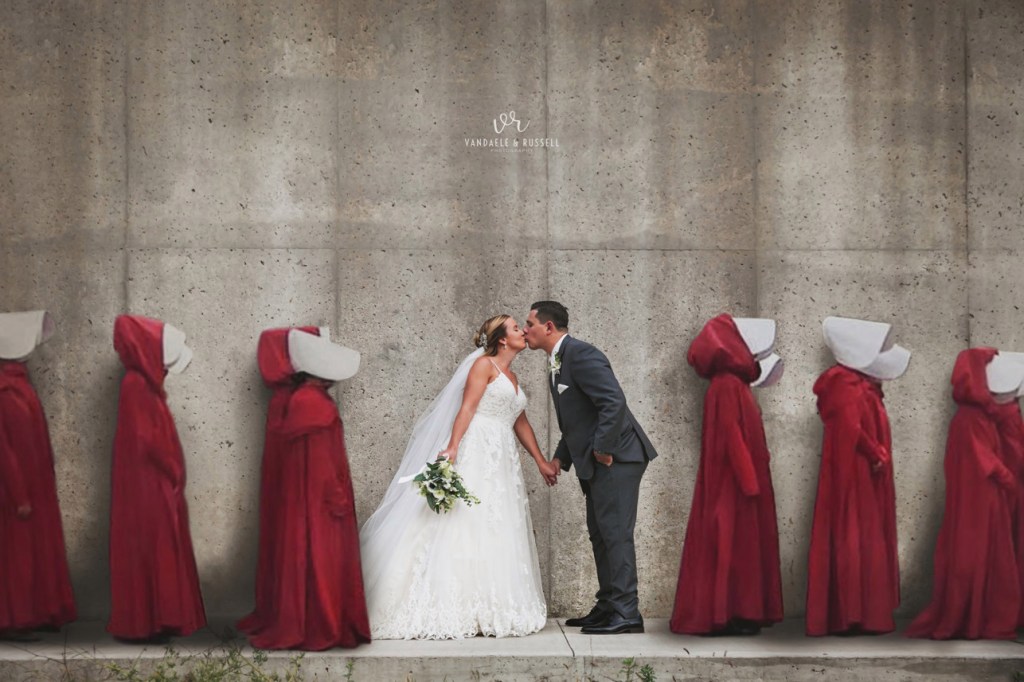 “If there’s any The Handmaid’s Tale fans out there, you’ll know most of it is filmed in Cambridge!” Van Daele & Russell photography posted Tuesday on Facebook. “So, as fans of the show, it only seemed fitting for there to be some Handmaids in K&T’s wedding photos along the ‘hanging wall’ in Mill Race Park.”

The photos quickly rubbed social media users the wrong way and a load of slamming began. One user labelled the theme as “incredibly dense.”

Another user referred to the ‘dystopian’ wedding snaps as “tone deaf.”

The photographers said that they “totally agree” with the surge of criticism that the photos have received.

“Mission: accomplished! Everyone is talking about this issue now, rather than binging on a television series and then not doing ANYTHING about what they’re SO worked up over until the next season comes out in the spring,” they said.

This article originally appeared in the New York Post.

A Brilliantly Evil Phone Scam Is Targeting Australians This Week

Domino’s Will Pay You To Eat Garlic Bread