A British mum has accused a discount store, Poundland, of sexism after she spotted a baby grow for sale in their store.

The problem with the baby grow is that it said ‘Lock up your daughters’ on the front of it.

Rebecca Roache, a senior lecturer in Philosophy at Royal Holloway University in London believes the garment teaches young boys to be ‘sex pests’. 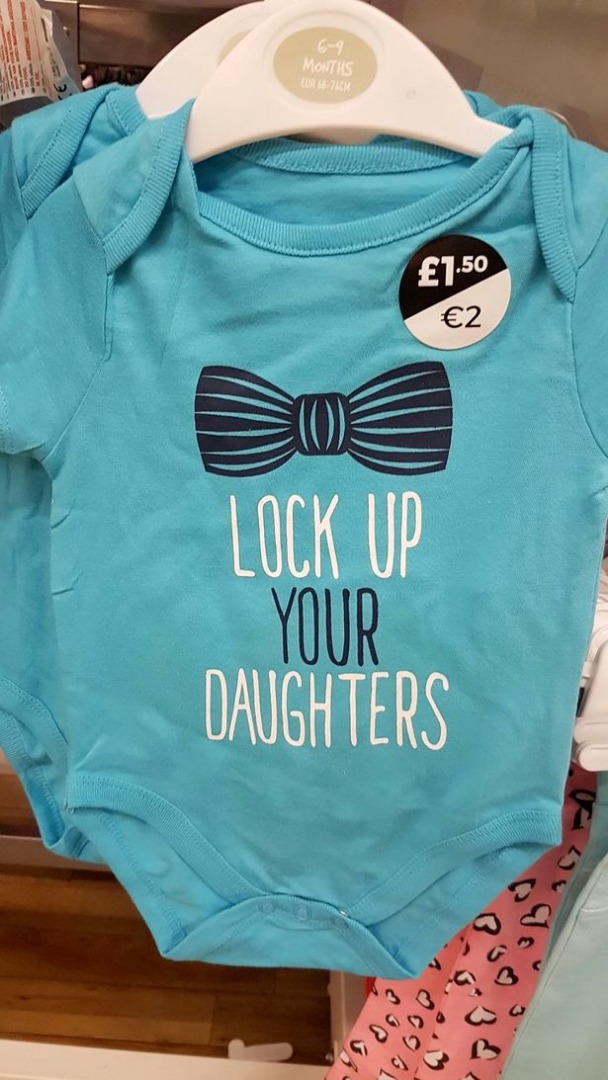 The mother-of-two shared a photo of the baby now on Twitter saying they are contributing to ‘everyday sexism’.

When speaking to Mail Online, Roache went on to say  “It sends out this message that boys will be boys – they can just run wild and do not need to take responsibility for their actions or whatever they do.

“It is a subtle message but implicitly there is a sexual context to it that men dominate women.

“It is just inappropriate and sends out a misogynistic message when they cannot even speak or walk yet.”

However, replies to her tweet have not favoured here, with users saying “Lol no. Stop being offended by everything.”

Another said: “Get over yourselves, you insensitive snowflakes. It is just a bit of fun and nothing else. The world really has gone mad.”

A third added: “I think it’s cute. There are far worse things going on in the world than implying your child is handsome.”

The store has stuck by the decision to sell the product, saying  “While we appreciate the feedback, it’s one of our best selling baby grows, so it appears most customers appreciate the humour.”

Aldi's Next Special Buy Is A Clothes DRYER!