Shoppers were so surprised that Cadbury Caramilk Philadelphia cream cheese even existed, that a picture posted to social media wasn’t believed.

Caramilk fever peaked this week as the cult chocolate block made its way back to supermarket shelves after it had been officially discontinued back in 1994.

Last year, Cadbury gave it a limited run, which went absolutely bonks. After the promotion, some blocks were being sold on eBay for around ten times the price. 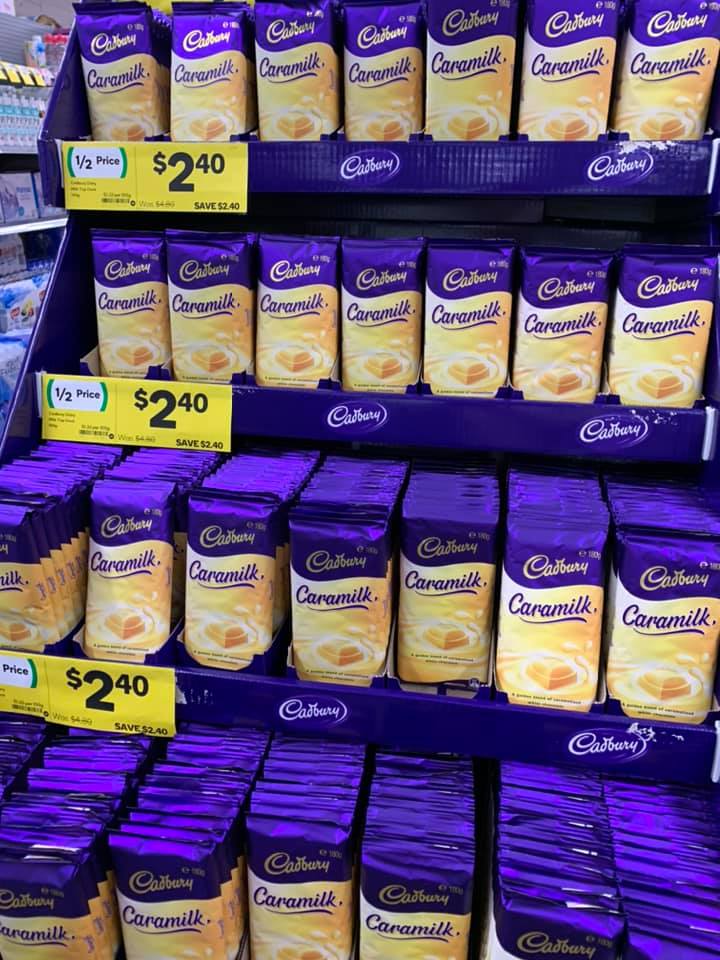 Caramilk is slowly making its way back on to Aussie supermarket shelves this week.

ANYWAY, while we wait for supermarkets to fully stock the blocks, a picture of Caramilk-inspired Philly posted to the Markdown Addicts Australia Facebook page was like a red rag to a bull.

While it was pretty much a tag-fest, some were so confused over the product that more than a few comments doubted the yellow tubs were even legit. 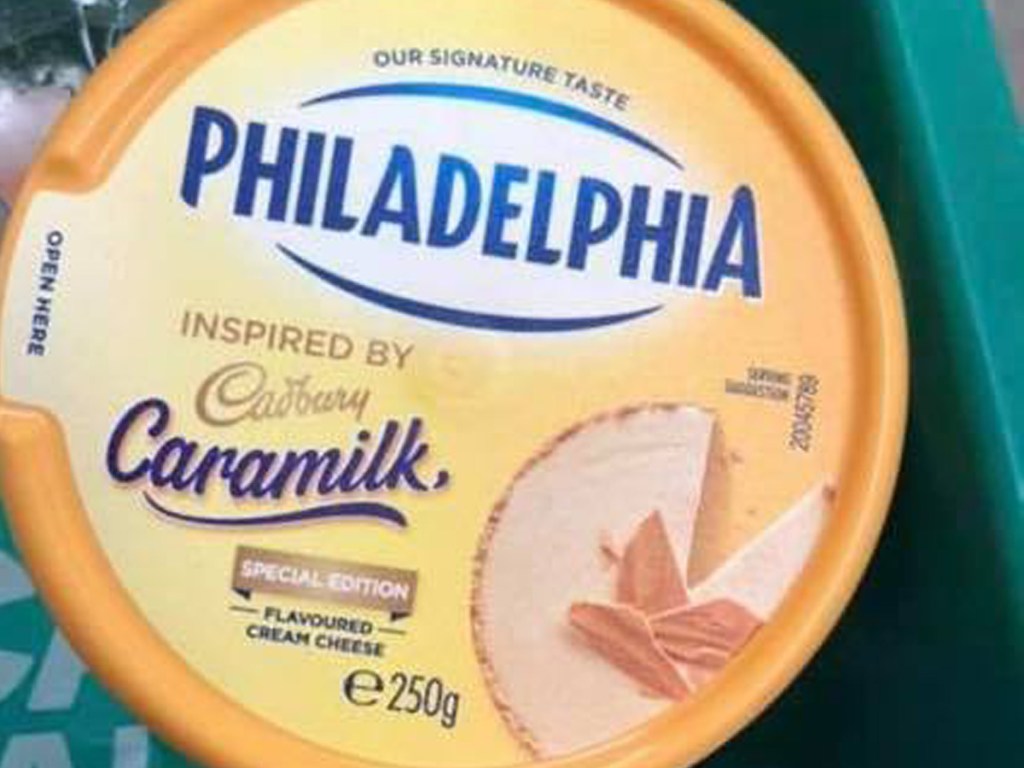 The photo that appeared online.

“Lol gotta be a joke” 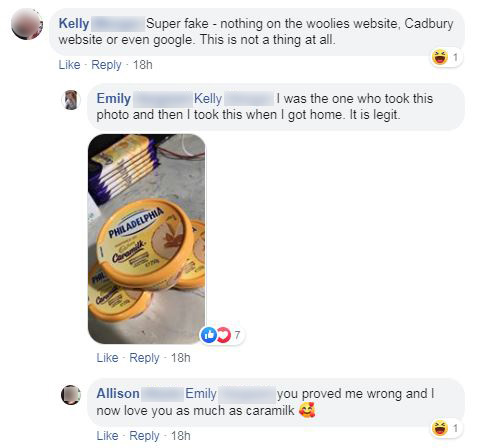 The original photo, posted less than 24-hours ago, has already attracted more than 700 comments in in the closed group alone.

Caramilk-inspired Philly cream cheese is here for a good time, not a long time.

Domino’s Will Pay You To Eat Garlic Bread

This 4-Ingredient Slow Cooker Christmas Cake Looks Like A Winner

Coles Told To 'Get In The Sea' Over ‘Sexist’ Chocolate Bars