When WA’s Health Minister can’t work out why the public is going bonkers over toilet paper, you know the panic-buying has gone too far.

Shoppers stockpiling nothing but toilet paper has forced Woolworths to apply a four-pack limit and manufacturers to increase production.

And Roger Cook doesn’t get it.

“I’m not sure why people think it’s important to stock up on a year’s worth of toilet paper in relation to the coronavirus,” he told Botica’s Bunch.

“There’s a lot of concern out there, they see the media reports from overseas and I guess they’re responding to those concerns by making sure they’ve got enough provisions in the event that they have to self-isolate… for a fortnight.”

Hit PLAY To Listen In!

Meanwhile, toilet paper was listed on Facebook Marketplace by some users for up to $1000, while hand sanitiser was going for up to $200. 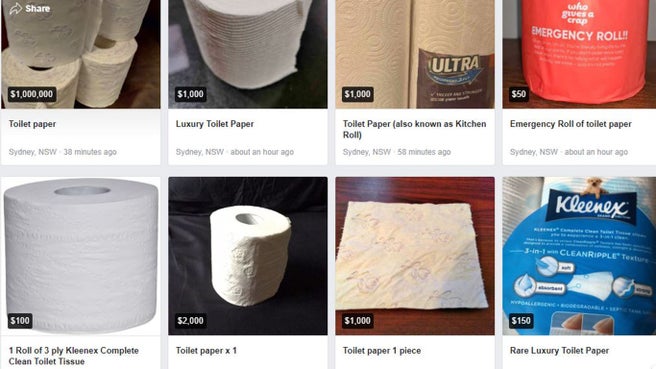 'This Is What The AFL Will Have To Address': Polly Farmer’s CTE Legacy

He's trying to be serious, Lisa...

Hands Up Who Got Caught Totally Off-Guard With Monday’s Storm?