A woman has been shamed while shopping at ALDI when another customer criticised her for buying a pack of chocolate biscuits.

“I put up one singular pack of chocolate biscuits, and this old man in front turns glacially on the spot, looks at the biscuits with utter concern in his eyes, looks at me with a raised brow in question, and says, ‘I hope they aren’t for you’,” she wrote in a Facebook group.

“Thanks, random stranger for caring about my weight,” she added.

“I’ve just lost 20 kgs on my own through hard work and determination but your concern will surely help me lose another 20 by shaming me about a pack of biscuits.” 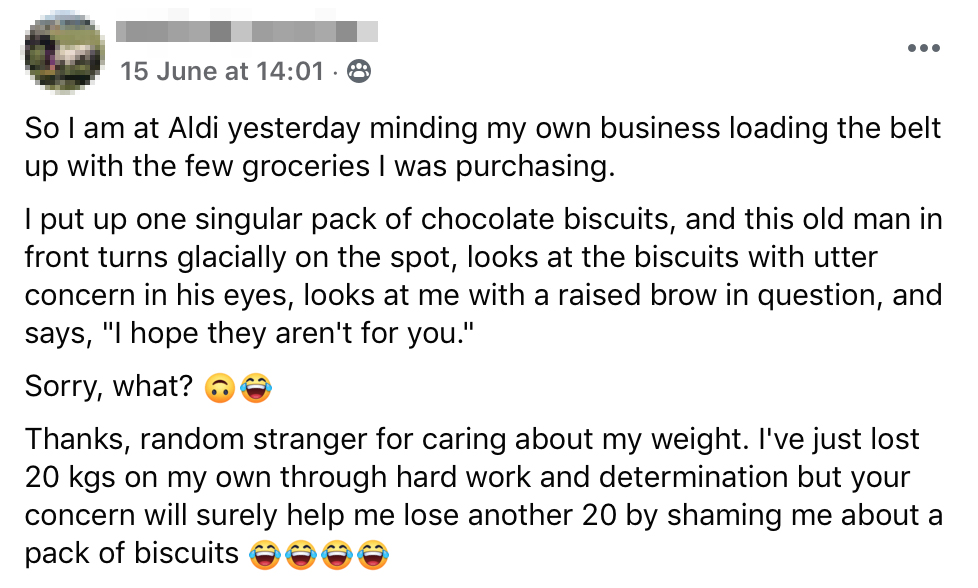 “Wow, how extremely rude!! Did you tell him to mind his own damn business? You enjoy and savour every single chocolate biscuit,” one person commented.

Another added, “Oh god he would hate to see my entire fortnight’s groceries.”