Sydneysiders are pretty much used to paying big money when it comes to real estate, especially if you’re looking at places close to the CBD or the beaches, but would anyone really pay THIS much for a space THIS tiny?!

People online have been left completely outraged and in disbelief after an advertisement for a minuscule room in Bondi available to let was posted asking for $300 a week.

The room, which has been described as “everything that’s wrong with Sydney real estate in one photo” by one social media user is located inside a shared apartment in Bondi with two backpackers.

But pictures of the space posted alongside the ad have caused anger among renters as the room, or maybe cupboard would be a more accurate description, shows a double bed touching almost three sides of the room’s walls alongside two windows. 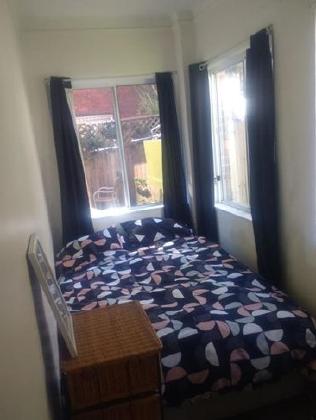 And people on social media have not been afraid to express their opinions with one person commenting on the advert, “That’s not a room, it’s a bed with walls”.

Another person said that the room looked like something only prisoners would live in saying, “Just needs bars on the windows for the ultimate ‘prison feel’”.

Some used sarcasm to cope with the shocking advertisement writing, “at least you can’t get out of the wrong side of the bed”, but others have taken the matter much more seriously labelling the two landlords as “greedy”.

“This is a joke right?,” wrote one person. “If not, then the landlord is suffering from a disease called GREED! Ripping off young people like this is just shocking!”

“Rip off!” said another. “At this price no wonder people are struggling and homeless cause there are greedy people like this post.”

The two backpackers trying to find a renter have since defended their high price, telling News.com.au that the room was a great deal for other backpackers who would have to pay much more for a lot less if they were to stay in hostels.

“It’s a fully-furnished bedroom with a queen-sized bed, blankets, pillows and sheets, a wardrobe and two little wardrobes,” one of the women said.

“It is not very big, but very comfy with lots of windows. The apartment has also a comfy living room with a TV to hang out. Wi-Fi connection is really good and it’s $14 a month.”

The woman also said that bills and utilities would cost extra but it’s not a massive amount. She believes it’s a good deal because she used to pay a lot more when she stayed in a hostel in Sydney.

Would you rent this room for $300 a week? While the Bondi location would be fab, we recommend looking elsewhere if you have even the slightest amount of claustrophobia…

This Sydney House With No Roof Just Sold For How Much???

The 10 Things I Hate About You House Is For Sale